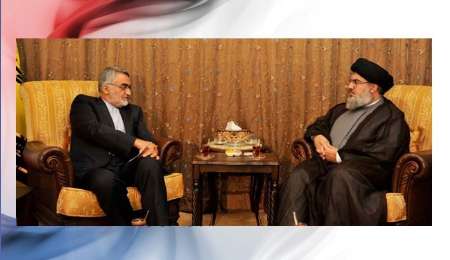 Boroujerdi led an Iranian parliamentary delegation which left Tehran for Damascus on Tuesday on the first leg of a regional tour which later took them to Lebanon.

The Iranian delegation returned to Tehran on Saturday.