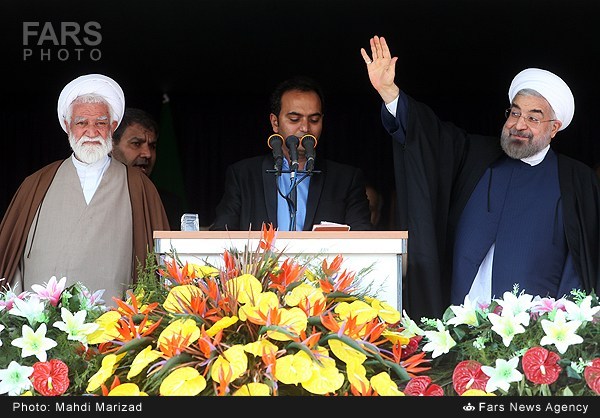 There is no discrimination between Shia and Sunni citizen rights in Iran, the Iranian president told residents of Bandar Abbas on Tuesday February 26.

Hassan Rouhani stressed that his government has promised this equality from the start and will stand by its commitment.

In a tour of Hormozgan Province, Rouhani gave a speech in Bandar Abbas, emphasizing that local residents should have priority in availing themselves of the opportunities available in their region.

Rohani said the Islamic Republic needs to prepare itself for “great developments in economic, political, cultural and foreign policy matters.

He referred to Parliament’s new bill to set financial eligibility criteria for the family cash benefits distributed to cushion the scrapping of government subsidies, saying that in the next stage, the government will concentrate on “promoting production, employment and food and health security.”

In terms of the economy, he talked about facilitating the export of Iranian goods, diversifying petrochemical products and increasing activities in free trade zones.

As for foreign policy, he stressed that his government will not allow the Iranian people “to be deprived of the right to nuclear power, free trade and exports and international financial transactions and development.”