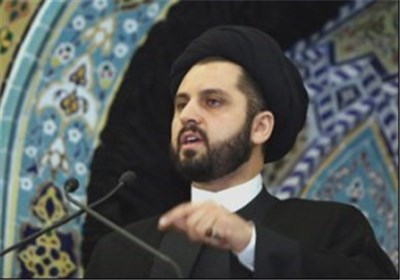 “It can be definitely argued that the emergence of the Islamic Awakening (movement) in the Muslim world is indebted to Iran’s Islamic Revolution,” Fadlallah, son of the late Lebanese cleric Ayatollah Seyed Mohammad Hossein Fadlallah told the Tasnim News Agency.

The Islamic Awakening movement, which started in 2011 in Tunisia, has swept into several other countries in the Middle East and North Africa including Egypt, Libya and Yemen.

Jafar Fadlallah further said what is going on in these Islamic countries today (people’s call for returning to Islamic teachings) happened in the Islamic Iran 35 years ago and clearly shows human societies’ need to religion.

“Iran’s Islamic Revolution did not take place only to overthrow the monarchy in this country, but it was an uprising aimed at reviving Islam and bringing back the divine religion to all aspects of human life,” he said.

“Man needs religion in every social, political and economic field and Islam, as the last divine faith, is the only religion that caters for all aspects of humanity’s life,” the Lebanese cleric stated.

He further stressed the profound influence of the ideas of Imam Khomeini, the late founder of the Islamic Republic of Iran, on generations of Muslims.

Fadlallah said that prior to the victory of Iran’s 1979 revolution, Muslim nations believed that religion is only about personal acts of worship and has nothing to do with people’s social and political life.

He underlined that Imam Khomeini managed to turn the religion into a style of living again.

The Lebanese cleric went on to say that the foundation laid by Imam Khomeini during his blessed lifetime turned into a light illuminating the path for Muslims and was manifested in the Islamic Awakening.