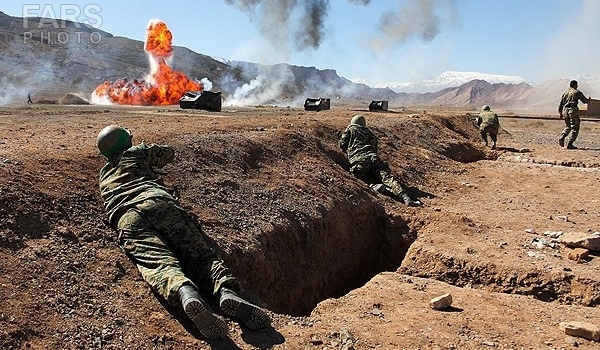 TEHRAN (FNA)- Iran’s Basij (Voluntary) Force plans to stage massive drills in 6 provinces of the country on Thursday and Friday, a senior commander announced on Tuesday.

In December, a provincial commander said that Iran has taught new combat tactics to its Basij forces during the recent ‘Towards Beit al-Moqaddas’ exercises.

Fast reaction units of Basij forces have so far conducted tens of similar exercises, codenamed ‘Towards Beitol-Moqaddas’, throughout Iran to promote their power in confrontation against potential enemy threats against the country.

Basij commanders said that Basij would continue training of its units to promote the power of its forces for confrontation against enemies’ hard, semi-hard and soft threats.

In September, Commander of the Islamic Revolution Guards Corps (IRGC) Ground Force Brigadier General Mohammad Pakpour announced that his forces are scheduled to stage massive wargames in the second half of the current Iranian year (i.e. September 23, 2013-March 20, 2014).

“The IRGC Ground Force will stage drills by the end of the current year,” Pakpour told reporters in Tehran in September.