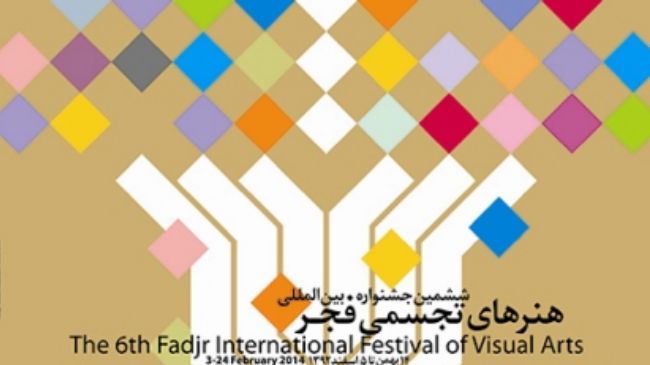 The sixth edition of Iran’s Fajr International Visual Arts Festival has honored the winners during a ceremony held in the capital city of Tehran.

Many Iranian and foreign artists in various categories flocked to the year’s closing night gala.

Some six veteran Iranian masters in visual arts were honored during the ceremony with the festival’s statuette and honorary plaque.

The 2014 edition of festival offered novel programs designed more exciting particularly those ones that were presented at the international section.

Javier Bermúdez from Mexico and Felipe Taborda from Brazil were among the jurors at the poster section while Lisa Anderson from Denmark and Roger Mello from Brazil served at the jury panel of the illustration section.

The committee also selected Agim Sulaj from Italy and Muhittin Koroglu from Turkey as the jurors of the cartoon section. The festival hosted Jean Gaumy from France in the jury of photography section.

The national section of the festival was held in the various categories of painting, miniature, ceramic, sculpture and calligraphy.

The participated artists in international section of the event competed in four sections including cartoon with the central theme of art and caricature of world political figures, photography focused on the theme of hope and happiness, illustration centered on the theme of family and poster with the theme of energy.

The sixth edition of the festival kicked off on February 3 and came to an end on February 23, 2014.