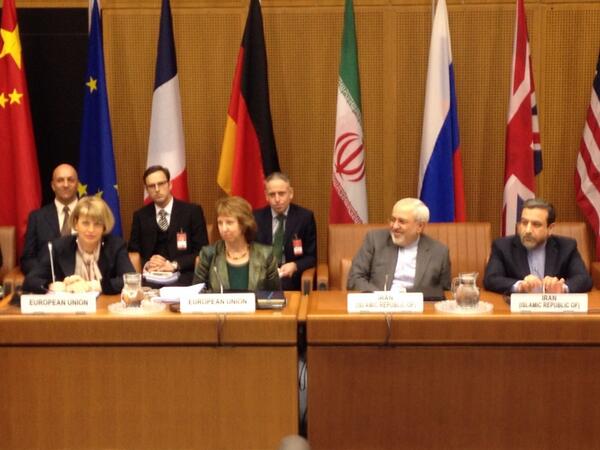 Iran has continued its praise of last week’s opening talks on a comprehensive nuclear agreement with the 5+1 Powers, saying they are a “milestone for building confidence”.

Mohsen Rezaei, the Secretary of the Expediency Council, made the declaration in a meeting with the Australian Ambassador on Sunday.

Rezaei expressed hope that the discussions are “a turning point” for “a strong basis for Iran’s future relations with the Western states”.

Significantly, Rezaei’s statement is featured in Fars, the outlet of the Revolutionary Guards, signalling the acceptance of Iran’s military of the talks. The Guards have been sceptical since President Rouhani embarked on his effort last summer, leading to November’s interim nuclear deal on enrichment of uranium and a start to the easing of US-led sanctions.

The high-level talks will resume in Vienna on March 17. Before that, experts from both sides will meet to discuss technical arrangements and details.

Iran Eases Criticism of Pakistan Over Abduction of 5 Border Guards

Iran has eased its criticism of Pakistan over the abduction of five Iranian border guards by a Sunni insurgent group in southeastern Iran on February 3.

Tehran had chided Pakistani officials for a failure to act on the case of the guards, seized by the faction Jaish ul-Adl in Sistan-Baluchestan Province. Iranian authorities say the men were taken across the border into Pakistan.

Some Iranian MPs even called for the Islamic Republic’s forces to enter Pakistan to retrieve the guards.

However, Interior Minister Abdolreza Rahmani Fazli said Sunday that his staff had met with Pakistani counterparts, who “promised to cooperate positively and effectively”:

Pakistan had set off forces to the region for an investigation of the issue. We should solve the issue in peaceful conditions far from propagandist provocations.

Iranian media claimed, without giving details, that Tehran’s officials were in Islamabad last week to discuss steps to resolve the abduction.