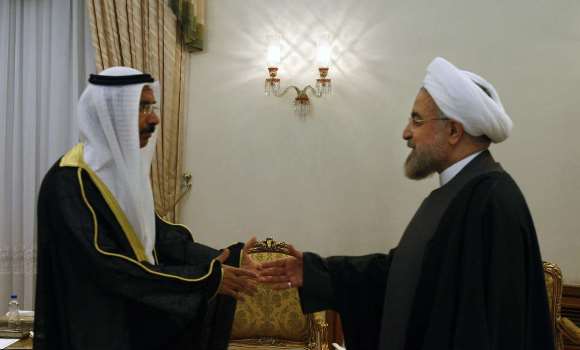 According to the report of Presidential Office Website on Saturday evening, President Rouhani described relations between the two countries ˈbrotherly and sincereˈ.

Referring to close relations between Iran and the United Arab Emirates, Rouhani said although trade and economic ties between the two countries are desirable, there are many capacities for promotion of relations and in the current situation, in which international atmosphere is more suitable, economic cooperation with the UAE can be expanded more.

The president stressed that Iran and the UAE can expand their cooperation in the field of fight against terrorism and radicalism.

Mohammed Ahmed Al-Murr, for his part, praised President Rouhaniˈs speech in the inauguration ceremony of the OIC Inter-Parliamentary Union conference and said that Islamic states desire on necessity of unity among Muslims and promotion of Muslims participation in the world economy was expressed in the speech.