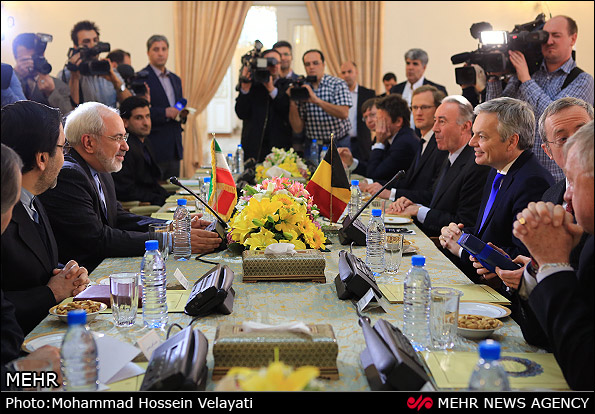 Iran FM: Tehran ready for trade with all European countries

Russian Energy Minister Alexander Novak says his country is in talks with Iran for increasing energy cooperation with a view to raising trade exchanges.

Iranian Foreign Minister Mohammad Javad Zarif expressed hope that an agreement with the sextet powers in nuclear talks is “possible,” despite the mistrust of the Iranian people to the west.

Experts of Iran and the Group 5+1 member states will continue talks next week on the sidelines of the upcoming meeting of the IAEAˈs Board of Governors, a senior member of Iranˈs negotiating team said on Sunday.

Minister of Interior has said Pakistan would positively and effectively cooperate in an attempt to help release kidnapped Iranian border guards.

Singaporean FM due in Iran today

An Iranian parliamentary delegation is scheduled to leave Tehran for Cuba, Syria, Lebanon and some Latin American countries by the next few days, Chairman of the Parliament’s National Security and Foreign Policy Commission Alaeddin Boroujerdi announced.

Prosecutors Sunday accused deposed president Mohamed Morsi of leaking state secrets to Iran’s Revolutionary Guards as part of a plot to destabilise Egypt, at the second hearing of his trial for espionage.

Iran’s Visual Media Institute plans to release a package of top movies by three Iranian female filmmakers in the near future.

deputy-FM for Legal and International Affairs has opened the 24th meeting of the Regional Planning Council of ECO in Tehran on Sunday.