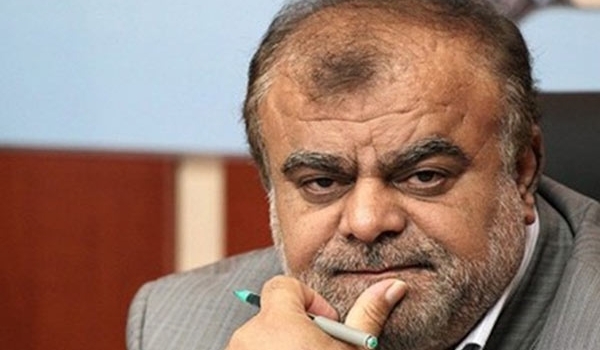 TEHRAN (FNA)- Former Iranian Oil Minister Rostam Qassemi said Iran’s share in the reconstruction of the neighboring Iraq is meager, and urged the country’s businessmen and private sector to play a more active role in the Muslim country’s market.

“Iraq is among those countries that have both money and jobs; hence, we should try to increase our presence in the Iraqi market,” Qassemi, now an advisor of Iran’s First Vice President Eshaq Jahangiri, said, addressing a conference on Iraq in Tehran on Sunday.

He said that Iraq is a federal state and Iranian traders should grow more active in Iraq’s provinces. “We recommend that holding exhibitions and introducing goods can be effective.”

Qassemi pointed to the role that Iran can play in the reconstruction of Iraq, “Iraq is planning to build 2mln houses for the poor people,” Rostam Qassemi, a former oil minister under President Mahmoud Ahmadinejad who is now an advisor to the first vice-president, said.

“And Iran has taken up construction of 200,000 of these residential units,” he added.

Qassemi said that he will travel to Iraq today to work out a final planning for the two countries’ cooperation in building these houses.

Early December, Senior Iranian and Iraqi officials, in a joint news conference in Tehran, stressed the need for the further expansion of mutual cooperation in economic fields.

During the news conference, the Iranian first vice president and Iraqi Prime Minister Nuri Al-Maliki reiterated the necessity for increasing exchange of visits between the two countries’ businessmen and trade officials in a bid to further consolidate Iran-Iraq economic ties.