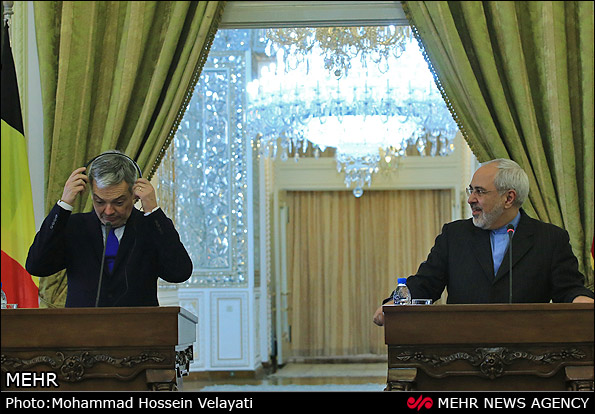 Tehran — Belgian Foreign Minister Didier Reynders expressed hope Sunday that Iran’s nuclear negotiations with world powers could lead to the restoration of trust between Tehran and the West.

“I hope relationships that are based on trust will be revived with the nuclear negotiations and when a clear, final agreement is reached,” Reynders said in a press conference with his Iranian counterpart Mohammad Javad Zarif.

Reynders had earlier met with Iranian President Hassan Rouhani, a relative moderate elected last year on vows to engage the West diplomatically in order to secure the lifting of crippling international sanctions.

Reynders is the third foreign minister from the European Union to visit Iran in the past two months, following in the footsteps of Italy’s Emma Bonino and Sweden’s Carl Bildt.

The visits come after Iran and the world powers struck an historic interim deal in November under which Tehran agreed to curb or freeze parts of its controversial nuclear programme in return for limited sanctions relief.

Zarif, for his part, expressed optimism for better economic cooperation with Europe.

“Our European friends should know that a good atmosphere and stable conditions have been created for investment in Iran,” Zarif said.

He added that Iran would continue the negotiations “to remove all excuses for sanctions, so that the situation for foreign investment is prepared.”

Nuclear talks resumed in Vienna last week with all sides agreeing on a framework and timetable to negotiate a lasting accord that has been sought for over a decade.

Such an agreement would allay Western suspicions that Iran’s nuclear drive masks military objectives — despite Tehran’s repeated denials — and remove economic sanctions on the Islamic republic.

Reynders said he also discussed human rights in talks with Iranian officials, which included “the death penalty, freedom of speech and women rights.”

“On all these issues, we want an open dialogue,” he said.

He also announced, without providing details, that the European Union’s special representative for human rights Stavros Lambrinidis would visit Iran.

Reynders also said Iran should be part of a “political solution” to the conflict Syria — where it is a key ally of President Bashar al-Assad’s regime — and play a regional role in combating drug trafficking.