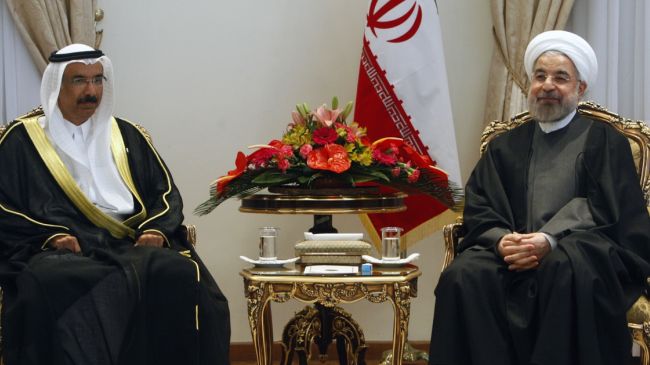 Iran President Hassan Rouhani says the Persian Gulf region is important for the entire region and the world.

In a Saturday meeting with Speaker of the Federal National Council (FNC) of the United Arab Emirates Mohammed Ahmed Al Murr in Tehran, Rouhani said Iran is bent on improving its relations with Muslim countries, particularly with its neighbors.

“Our good neighborly relations can pave the way for the expansion of ties among all Persian Gulf littoral states,” Rouhani said.

He added that the two sides have great capacities for enhancing trade and economic ties and strengthening bilateral cooperation given the ongoing appropriate international circumstances.

“Iran and the [United Arab] Emirates can expand their cooperation in the fight against terrorism and extremism,” the Iranian president pointed out.

The Emirati speaker, for his part, commended President Rouhani’s speech at the inaugural ceremony of the ninth session of the Parliamentary Union of the Organization of Islamic Cooperation (PUIC) conference in Tehran on February 18.

Iran-UAE relations are of great significance to both sides since the Emirates hosts tens of thousands of Iranian nationals and also acts as a route for trade between Iran and the Arab states of the Persian Gulf.

Shortly after Zarif’s visit, the UAE foreign minister flew to Tehran, calling for an increase in mutual cooperation.