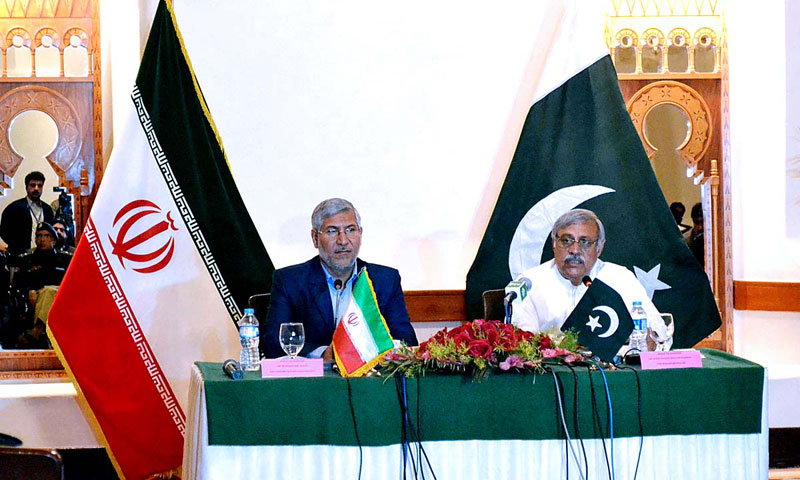 QUETTA: The Pakistan-Iran joint border commission has stressed the need for coordinated efforts against cross-border terrorism and formed a committee to prepare a strategy for the recovery of kidnapped Iranian guards.

This was said by Balochistan Chief Secretary Babar Yaqoob Fateh Mohammad and the Deputy Governor of the Iranian province of Sistan-Baluchestan, Ali Asghar Mir Shikari, at a press conference here on Friday after the conclusion of a three-day meeting of the commission.

The two officials led the delegations of their countries in the meeting. It was attended by the Iranian Consul General in Quetta, Syed Hasan Yehyavi, Balochistan’s Home Secretary Asad Gilani and IG Mushtaq Sukhera.

The meeting focused on the recent incident of kidnapping of five Iranian border guards and firing of rockets and mortar shells by Iranian forces into border areas of Balochistan.

Iran has threatened to send its troops into Pakistani territory to recover the guards who, it believes, have been taken across the border.

A relatively unknown militant organisation, Jaishul Adl, has claimed the responsibility for the kidnappings.

The chief secretary blamed lack of communication for creating misunderstanding between the two countries and said that both sides had decided to meet on a regular basis to avoid any confusion.

The joint border commission had met in Quetta after four years. Its next meeting will be held in Zahidan, Iran, in August.

Babar Yaqub, the chief secretary, said Pakistan shared Iran’s concern over the kidnapping of its border guards and was ready to help it in their recovery. “We will immediately take action on any information about the presence of the guards in our territory.”

The commission formed a committee comprising officials from both sides to review incidents of border violation and evolve a mechanism to keep an eye on elements creating trouble across the border. The committee will present its recommendation to the commission.

“Consensus has been reached on joint border patrol and stern action against trouble makers, the chief secretary said.

He said Iranian delegation had agreed to take steps for the opening of a new gate at the Mand-Pishin border to facilitate trade and provision of electricity to a Pakistani check-post near the border.

Ali Asghar Shikari, who led the Iranian delegation, said the Pakistani side had assured them of cooperation in the recovery of the kidnapped guards and resolution of other issues.

Stressing the need for joint efforts against the menace of terror, he said: “Elements who do not want to see peace have kidnapped our men. They have vicious plans.”

The meeting, he said, had asked the Pakistan-Iran joint trade commission to explore avenues for promoting bilateral trade.

“Prime Minister Nawaz Sharif and the governor and the chief minister of Balochistan have been invited to visit Iran,” he said, adding that the speaker of the Balochistan Assembly would visit his country soon.