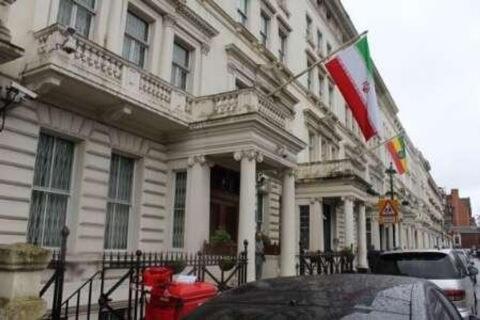 Iran and the United Kingdom have officially resumed direct diplomatic relations that were severed in 2011, Press TV reports.

“After the meeting of our ministers in last September in New York, they agreed to re-establish the relations between Iran and the UK. In the next step, they introduced two chargés d’affaires and from today 20th February we start our direct contact with each other. Then, right now, there is a direct relation between the two countries,” said Iran’s non-resident chargé d’affaires to Britain, Mohammad Hassan Habibollahzadeh, on Thursday.

Iran and Britain agreed in October last year to appoint non-resident chargés d’affaires as a first step towards reopening their respective embassies.

In November 2011, Iranian lawmakers voted by a large majority to downgrade diplomatic ties with the UK, in response to Britain’s decision to impose sanctions on the Central Bank of Iran over the allegation that Tehran is pursuing non-civilian objectives in its nuclear energy program.

Following the incident, Hague announced on November 30, 2011, that London is withdrawing its diplomatic staff from Iran and that the Iranian Embassy in London would be closed.

Oman was representing Iran’s interests in the UK during that period.