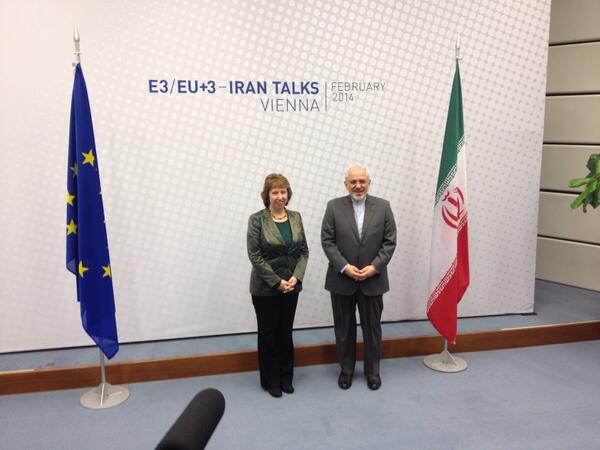 Zarif, Ashton to meet to draw up agenda of nuclear talks

Vienna, Feb 19, IRNA – Iranian Foreign Minister and Mohammad Javad Zarif and EU Foreign Policy chief Catherine Ashton are to meet in Vienna at 14:00 hours local time to draw up agenda of the nuclear negotiations underway by experts from Iran and the P5+1.

Experts of the two parties have exchanged views since Tuesday about the topics of negotiations aiming to reach a permanent and comprehensive agreement.

Iran is not optimistic about the outcome of the nuclear talks.

Iran believes that the western governments are aware of civilian nature of Iranian nuclear program and have orchestrated international sanctions on Iran to strike a blow to the Islamic Republic of Iran to take revenge for kicking out the US-backed Shah from the country in the course of the Islamic Revolution in 1979.

The Iranian government reservers the right to take legal action with the International Court of Justice in the Hague against the US Administration to seek compensation for the damages caused by the US animosity to Iran.