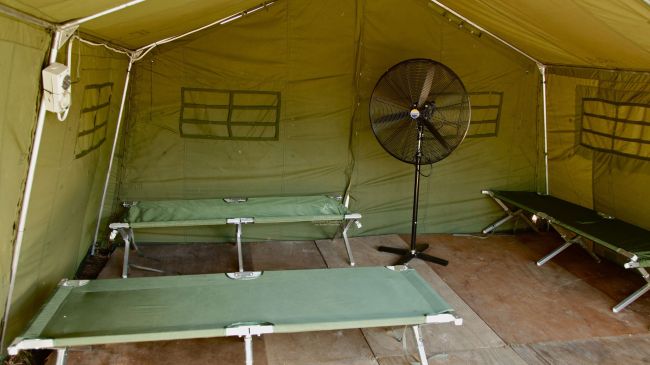 Tehran calls in Australia envoy over death of Iranian

Tehran has complained to Australia about the death of an Iranian asylum seeker at a detention center in Papua New Guinea.

In a Tuesday meeting with Australian Ambassador to Tehran Paul Foley, Director General of Iran’s Foreign Ministry on Consular Affairs Seyyed Hossein Mir-Fakhar protested the incident and said that asylum seekers should be treated humanely.

The Iranian official also called on Canberra to investigate the death of its national.

The Australian ambassador, for his part, expressed regret over the incident, saying he would convey Iran’s message to Canaberra.

The incident took place on Tuesday during “a riot” at an Australian immigration detention center on Papua New Guinea’s Manus Island.

Australian Immigration Minister Scott Morrison claimed that the riot began when detainees forced their way out of the detention center, which keeps would-be refugees who tried to enter Australia by boat.

However, refugee advocates said detainees and staff members had told them that the violence erupted when local residents and police stormed the facility, attacking the asylum seekers.

Morrison said that the victim died from a head injury while being taken to hospital.

This was the second incident at the detention facility in two days. On Sunday night, 19 people were injured after 35 asylum seekers briefly escaped from the center.

The detention facility is part of the tough policy of the administration of Prime Minister Tony Abbott against asylum seekers, including offshore processing and a ban on people arriving by boat to ever settle in Australia.

The United Nations and rights groups say the practice is illegal and inhumane.