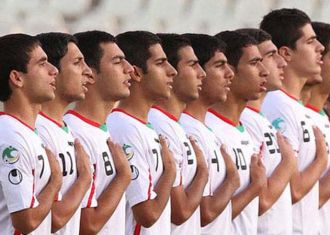 TEHRAN (Tasnim) – Technical committee member of Iran’s Football Federation, Hooman Afazeli, said Iran is poised to participate in the 2014 Asian Games with the U-20 football team.

Speaking to the Tasnim News Agency on Wednesday, Hooman Afazeli said the federation will send the Under-20 football team instead of Under-23 team to the games.

“We must send our Under-20 football teams like Japan and South Korea. They will earn the experience for the Olympics competing in the games. They will be tested in the event,” Afazeli said.

Iran has not qualified for Olympic Games since the 1976 in Montreal, Canada.

“Iran Olympic football team has three major problems.  First, some players cannot leave the country since they are not eligible to obtain a passport,” he added.

“Second, there is no collaborative relationship between the Iranian football clubs and the Olympic team. And also the football federation and Olympic team officials are not in full coordination,” Afazeli said.