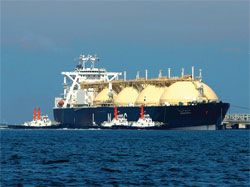 TEHRAN Feb 18 (Shana): The National Iranian Oil Refining and Distribution Company (NIORDC) announced that gasoline storage rose by 700 million liters hitting 1.750 billion liters giving motorists assurances that on the verge of beginning the new year on 21 March 2014, they will face no shortage during their road trips.

“In addition to gasoline being produced domestically, NIOPDC has embarked on importing qualified gasoline in order to raise the level of storage for new year trips”, Kazemi said.

Earlier he had said the 9 domestic oil refineries are producing 60 million liters of gasoline per day while another 8 million liters either being produced by petrochemical plants or are provided through imports.