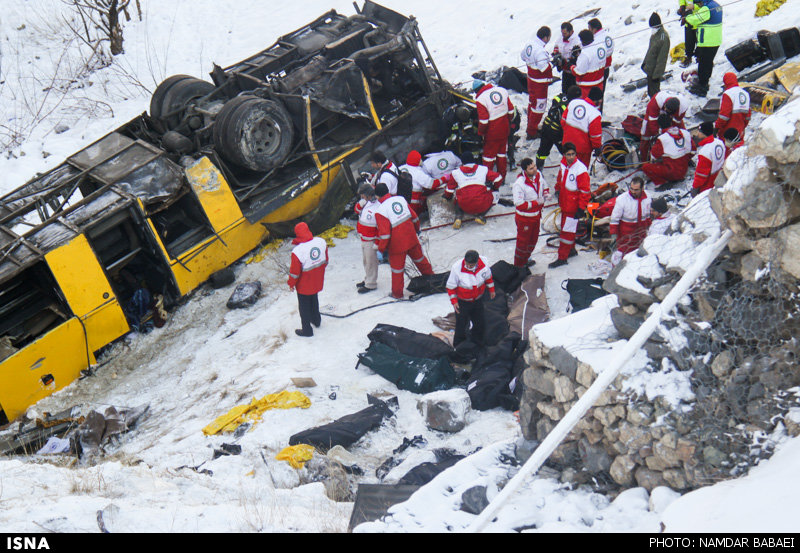 Eighteen people were killed and 25 wounded after a passenger bus crashed off a cliff on the Haraz Road in northern Iran.

Mazandaran officials announced that five of the injured passengers are currently in the intensive care unit and in serious condition.

The report indicates that the bus was traveling from Gorgan toward Tehran when the bus broke through the guard rails and fell 40 metres down the cliff.

Police report that while the cause of the accident is still under investigation, rescuers are still pulling out passengers from the crushed vehicle.

Iran has one of the world’s highest rates of fatal road accidents, and some experts have cited inadequate rescue operations and emergency medical services as chief contributing factors to these statistics.

Iranian statistics show that in the past decade, 241,000 people in Iran have been killed in road accidents.