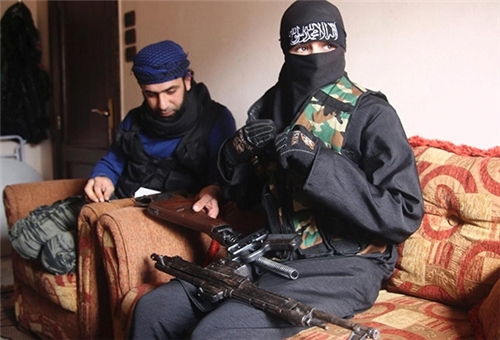 TEHRAN (FNA)- Brainwashed British girls are flocking to war-torn Syria to shack up with Wahhabi terror fanatics, a report said.

At least four British women, two from Portsmouth, one from London and one from Surrey, are known to have been married in the war zone. But researchers from King’s College, London, reckon the total is much higher.

One Jihadist fighter from Portsmouth was asked by a female fan, “How can a sister ask for marriage? Are you interested? After asking Allah of course.”

Another woman vowed to have as many children as possible, offering to “make soldiers of Allah, for the sake of Jihad”.

It is thought that the wannabe wives fly out to tourist destinations in Turkey first to avoid suspicion.

Some of them “marry” over Skype before travelling.

British student Nawal Msaad, 26, has been charged with terrorist offences for allegedly carrying £16,500 in her underwear for a fighter in Syria.

It emerged yesterday that a convicted suicide bomber who planned a terror attack in the UK was also caught attempting to get into Syria.

The unnamed man tried to board a plane to Turkey shortly after he was released from a lengthy jail term for a bomb plot in Britain.