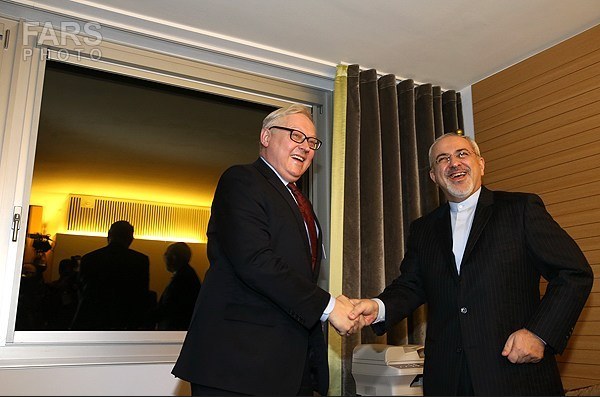 The meeting was on the eve of negotiations between Iran and Powers with Iranian deputy foreign ministers Abbas Araghchi and Majid Takhtravanchi attending.

This round of talks will start on Tuesday at 11 AM in UN Headquarters in Vienna with Zarif and Ashton leading the conference.

Zarif and Ashton had a working dinner session on Monday to draw the roadmaps of the negotiations.

Bilateral meetings are also going to be held on the sidelines of this round of talks, which started by Zarif and Riabkov meeting.

In this round of talks the two sides are going to reach a comprehensive agreement on Iran nuclear issue.