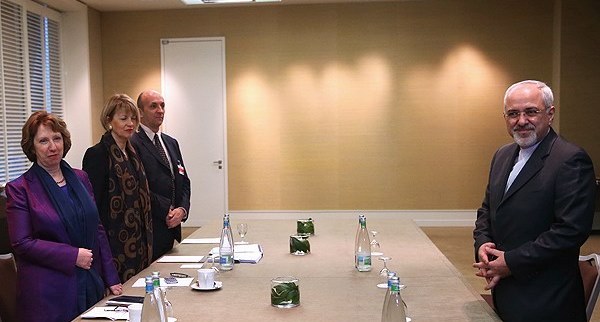 Caution and skepticism as Iran nuclear talks resume in Vienna

Iran and the six world powers will open talks on a permanent nuclear agreement in Vienna on Tuesday, but both sides say they have doubts about the chances of a breakthrough that would bridge the sizable gaps between their positions.

The first round of talks, which will begin at noon Israel time, will last for three days.

A European diplomat who will participate in the talks told Haaretz that while the interim agreement signed at the end of November was a step forward, the talks that open on Tuesday will force the sides to confront the really difficult issues. “No one is under the illusion that we’ll achieve results in the first round,” he said. “We’re talking about a long-term process here.”

A senior American official who will also attend the talks briefed reporters in Vienna on Monday. The briefing, which for the first time was also attended by Iranian reporters, was aimed at sending a message to the Iranian public. In it, the official said he wanted people in Iran to know that the United States would like to remove all sanctions on the country, but that this would happen only if a permanent agreement is signed.

“I think we will certainly know in six months, in probably much sooner than that, whether the odds have increased or not to get a comprehensive agreement,” the official added.

Representatives of the six powers – the United States, Russia, China, France, Britain and Germany – arrived in Vienna on Monday, as did the Iranian delegation. Monday evening, Iranian Foreign Minister Mohammad Javad Zarif met with Catherine Ashton, the European Union’s foreign policy chief, who is conducting the talks on behalf of the six powers. The two agreed on a schedule for the next three days and on how the talks will be run. The main goal of this round of talks is to set a detailed timetable for the coming rounds.

A few hours before the Ashton-Zarif meeting, Iran’s Supreme Leader Ali Khamenei published a skeptical statement about the talks. Iran, he said, is committed to the interim agreement and doesn’t object to further talks with the six powers. “But I will say again: There is no use … it will not lead anywhere,” he added.

Prime Minister Benjamin Netanyahu also sounded pessimistic about the talks on Monday during his address to the Conference of Presidents of Major American Jewish Organizations, which was meeting in Jerusalem. As he has in the past, he assailed the interim agreement, saying that Iran had only gained from it, while conceding nothing. Iran, he added, hasn’t changed its call to destroy Israel by one iota, “and still they are being embraced by the world.”

Netanyahu stressed that in Israel’s view, a permanent agreement must completely dismantle any part of Iran’s nuclear infrastructure that can be used for military purposes. The goal, he said, should be to deny the country “the capacity to produce a nuclear weapon” and prevent it from becoming a nuclear threshold state. Specifically, he added, the goal “should be zero centrifuges and zero enrichment.”

“I know it is not fashionable,” Netanyahu continued, “but we need more pressure on Iran – not less.”

In late November, following three rounds of talks in Geneva, Iran and the six powers signed an interim deal under which Iran agreed to stop enriching uranium to a level of 20 percent for six months. It also agreed to liquidate its existing store of uranium enriched to that level, stop work on a heavy-water reactor in Arak, and allow unprecedentedly close supervision of its nuclear facilities. In exchange, it received limited sanctions relief, which was supposed to be worth about $7 billion.

The deal is slated to be in place for six months, during which talks on a permanent agreement will be held. However, it can be extended for another six months.

The powers also agreed in the interim agreement that under any permanent agreement, Iran would be allowed some uranium enrichment on its territory. However, such enrichment will be limited and subject to close international supervision.