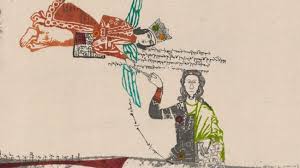 The Iranian company is planning to offer some 440 of its latest publications illustrated by 140 artists at the event, said the director of Shabaviz Publications, Farideh Khalatbari.

Furthermore, the works by three Iranian illustrators Amin Hasanzadeh, Morteza Zahedi and Jila Hodaei have been selected for the catalogue of the year’s fair, she added.

Shabaviz has been awarded at several international events so far such as the Bologna children book exhibition’s New Horizons award in 2004.

The company also won the prize for Customer Satisfaction at the 2012 International Diamond Prizes presented by the European Society for Quality Research (ESQR).

Iranian publisher of children’s books Shabaviz Company also took part in the 2013 Italian illustration festival of I Colori del Sacro (The Colors of the Sacred).

The company director, Khalatbari as an author has been also honored in several international festivals and many of her books have been translated into English, Greek, German, French and Korean so far.

Established in 1964, Bologna Children’s Book Fair is the most important international event for professionals involved in children’s publishing.

The 2014 Bologna Children’s Book Fair will take place from March 24 through 27.