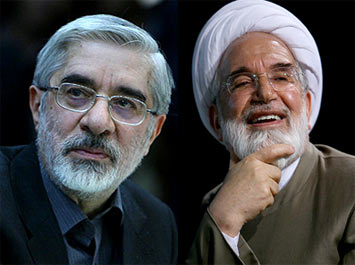 Washington is calling on Tehran to release three Iranian opposition leaders who have been under house arrest since 2011 without being formally charged with any crime.

Karrubi and Musavi ran in Iran’s disputed 2009 presidential election, in which former President Mahmud Ahmadinejad was declared the official winner.

They were placed under house arrest in February 2011 after calling for demonstrations in support of Arab Spring uprisings.

It said they have been held without charge or trial for three years, with no possibility to challenge the lawfulness of their detention.

Amnesty said it was concerned about the health conditions of the three figures, all of whom are elderly and suffering from physical ailments.