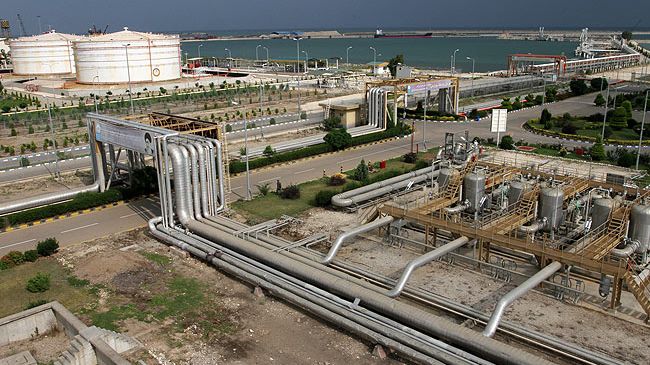 SEOUL, Feb 15 (Reuters) – South Korea’s crude imports from Iran fell 51 percent in January from a month earlier, and shipments are expected to remain at around 125,000 bpd through the first six months of the interim deal on Tehran’s nuclear programme.

Under the Geneva accord agreed between Iran and six major powers last November that went into effect in January, South Korea and other Asian buyers can hold to crude imports at the sanctions-reduced rates reached at the end of 2013.

The interim deal reached last November between Iran and six major powers eases some of the sanctions – including freeing up some frozen oil payments – in return for curbs to Iran’s nuclear enrichment programme.

Tehran and the so-called P5+1 group of world powers still have to negotiate their differences to settle a final deal.

Until then, no big jumps are expected in crude imports by Iran’s top four buyers China,India, Japan and South Korea.

The four importers have been steadily cutting purchases over the last two years to avoid falling foul of toughened U.S. and EU sanctions put in place in 2012.

The four Asian buyers together cut oil imports from Iran by 15 percent on the year to an average of 935,862 bpd in 2013, government and industry data showed.

The interim agreement reached on Nov. 24 of last year allows the OPEC member to keep exports at the current reduced levels of about 1 million bpd – less than half of pre-2012 levels – and opens a door for lifting shipments later.

South Korea won its last U.S. waiver at end-November by hitting its target of cutting its Iran oil shipments 15 percent to around 125,000 bpd in the June-November 2013 period over the previous six months.

Under the agreement, Tehran also won access to $4.2 billion of its oil revenues frozen abroad by eight money-transfer schedules through July if it carried out its part of the deal to curb its nuclear enrichment programme.

Following the first payment by Japan earlier this month, South Korea and India could become the second and third Asian nations to make back payments to Iran for crude oilimports, according to sources earlier this week.

Asia’s fourth-largest economy imported a total of 10.6 million tonnes of crude last month, or 2.5 million bpd, compared with 11 million tonnes in January 2013, according to the customs data.