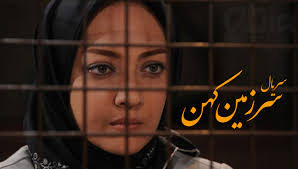 Protests erupt against a TV show in Iran

Protests against a TV series called Sarzamine Kohan(Ancient Land) erupted this week in several Iranian cities, including Dezful and Ahvaz in the oil-rich Khuzestan province. Demonstrators say the show was insulting to Bakhtiari people and the role its leaders played in Iran’s Constitutional Revolution.

In at least one dialogue of the fictional show, Bakhtyaris are said to be “at the service of English”, meaning they were traitors. Sixty members of parliament wrote a protest letter to state-run Iranian television complaining about this representation.

Bakhtiari people, who primarily live in Chahar Mahaal, Bakhtiari and parts of the Khuzestan, Lorestan and Isfahan provinces, played an important role in Iran’s history.

Freedom Messenger shared several films from a demonstration in Dezful, on Friday 14, 2014.

Today they destroy Bakhtiari, tomorrow they will do it with other ethnic groups.

Here are the photos of demonstration in Masjed Soleiman on Friday, February 15. If you demonstrate, do it the right way, without violence.