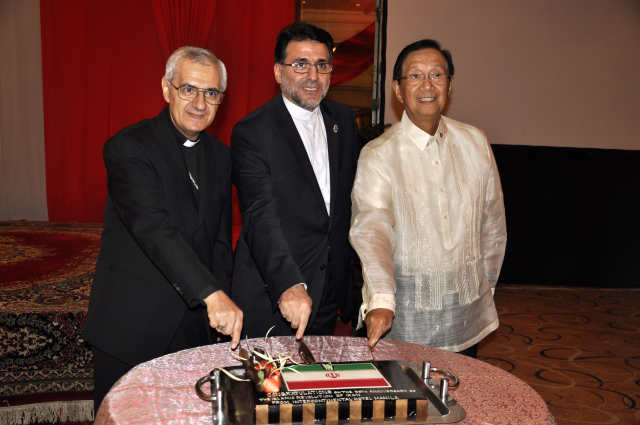 MANILA, Philippines – It’s a little known fact, but the Philippines and Iran are celebrating 50 years of diplomatic relations this year.

We were reminded of this last Tuesday, February 11, when the Iranian embassy in Manila celebrated the 35th anniversary of the Islamic Revolution at the ballroom of the Hotel Intercontinental in Manila.

The revolution’s anniversary is considered one of the most important holidays in the Islamic country. It commemorates the protests against the Shah of Iran by people who were discontented with his rule. These later on turned into a resistance campaign and intensified between 1978 to 1979. The revolution gave birth to a new Islamic republic.

Iranian Ambassador to the Philippines Ali Asghar Mohammadi said this year is doubly special as the Philippines and Iran are celebrating 50 years of diplomatic relations, established in January 22,1964.

“We will be having many cultural events here in the Philippines to showcase Iranian culture for the whole year. This is the year that the Iranian nation and the Filipino nation should know each other much much better,” Mohammadi said.

The events will focus on culture and sports with exchanges happening between the two countries like: Film festivals, school tours, and sports team exchanges.

The Ambassador added that the Philippine embassy in Tehran will also be doing the same, bringing in Filipino musicians and films closer to Iranians this year.

The warm diplomatic relations between the two countries were manifested in 2013 when Iran took part in the international community’s efforts to help the Philippines during one of its darkest hours – the aftermath of Typhoon Yolanda (Haiyan).

The Iranian Red Crescent Society Medical Team helped thousand of families in the areas affected by the typhoon.

Here in Manila, there are about 4,000-4,500 Iranians – a good percentage of them are students studying in Manila’s university belt. There are about 900 Filipinos in Iran.

“I am happy to note that mechanisms for trainings, exchanges of students, capacity building for diplomatic studies institutions, as as cooperation in various fields were discussed with both sides agreeing to pursue these matters further,” Seguis said. 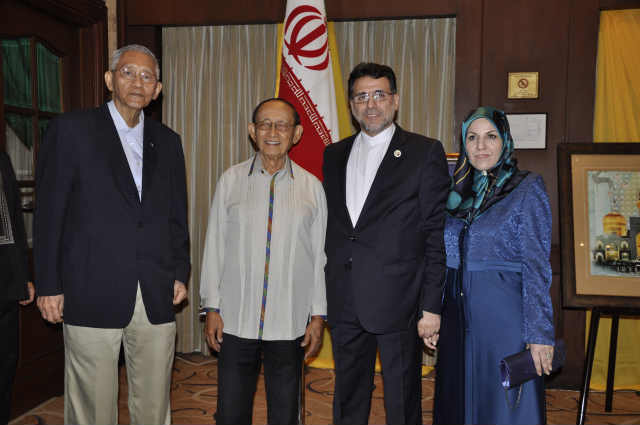 Iran, which for the longest time faced economic sanctions imposed by the United States and the United Nations due to its development of nuclear technology, is poised to make a comeback after abreakthrough in nuclear talks in Geneva.

The Philippines welcomed the development and sees the talks and its effects as constructive steps towards greater regional stability in the Middle East which is home to millions of Overseas Filipino Workers.

“We look forward to seeing Iran participate further in efforts to ensure peace, stability, and economic growth in the region,” Seguis added.

Iran is home to one of the world’s oldest civilizations. Located in Western Asia, it was known before as Persia. It also has one of the most predominant cultures in West and Central Asia.

Iran is also among the countries in the world with the several archeological architectural ruins and attractions from antiquity that are recognized by the United Nations Educational Scientific and Cultural Organization (UNESCO).