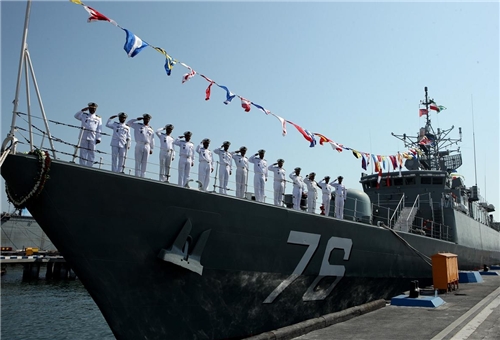 Is Iran winning or losing?

This past Monday morning, as I walked out of class and waited in the bitter cold for the train back to Brooklyn, I received a call from a news channel. “Have you heard,” they asked me, “that Iranian warships are headed towards America’s maritime boundaries?” What I’d heard, though, was Twitter chatter, none of which I could follow up on—I had to teach. The move—by Iran’s navy, the smallest of its military branches—had surprised me. Even as it didn’t.

This Tuesday, the Islamic Republic of Iran celebrated thirty-five years of Islamic republicanism, the most successful instance of Islamism in action. The country has survived decades out in the cold. It has endured a regionally and globally-funded war against it; Saddam’s Iraq.

Saddam is gone. The ayatollahs are not. As America’s relationship with regional allies fades—in part because they have lost their clout, or we simply do not know what to do with them—Iran’s star rises. The country that cannot be killed must be talked to.
Even Israel may be following behind, rather than see itself outside a new Western consensus. It’s nearly inconceivable Israel would go it alone; the country has long depended on an external patron to survive.

We don’t know whether talks over Iran’s nuclear program will lead to a solution, let alone more comprehensive collaboration. But insofar as many regional countries exploited the Syrian uprising to advance their ends, the Iranians have been left the winners. (Not morally. Just strategically.) They have proven that they are willing to use their proxies and assets, at great cost all the same, a burden Iran cannot forever bear.

Has Iran survived because it is particularly nimble, or because its competition is uniquely ineffectual?

But no one else was as willing to go to bat for the Syrians.

Would Iran show similar conviction if it was attacked directly?

Has Iran survived because it is particularly nimble, or because its competition is uniquely ineffectual? Turkey outpaces Iran economically, but Erdogan has been increasingly revealed to be a hypocritical paper tiger; “the boy who cried wolf” comes to mind. While he became increasingly supportive of Gaza, of Palestinians generally, of the Arab Spring and regional democracy, his ability to translate rhetoric into action is almost embarrassingly limited, and his domestic policies provoke unease.

Despite all the ways Turkey has changed, I mean to say, it remains the same country it was in the 1990’s.

Turkey is isolated. Turkey doesn’t have the power Iran does. Turkey doesn’t have proxies. Turkey doesn’t have allies willing to fight tooth and nail for it. Turkey lost out in the Arab Spring. Erdogan even caved to Putin over Sochi. And with Turkey dependent on foreign capital in ways Iran, steeled by years in the wilderness, Iran looks more comfortable than ever. There are so many ways in which that is an uncomfortable sentence to write. So many problems with the Iranian regime, its domestic and regional politics.

But Iran has survived.

The mullahs have carried the country through far more than anyone would’ve expected.
Rather than consider this an achievement, though, I ask us to imagine how much farther Iran could have gone.
Two months back, I was on a panel discussing the future of political Islam. For Islamists, the consensus was, the prospects looked grim.

But there’s a way to flip the question around, and ask: If we are mooting national achievement, and we measure this on the ordinary indicators by which geopolitical considerations enter our minds and remain lodged therein, political Islam has been reasonably successful where employed (I’m not including movements like the Taliban, because these do not appear modernist to me—they conceive of themselves, of course, as Islamic, but there’s an unbridgeable gap between those who smash televisions and co-religionists across a border trying to master nuclear fission).

Iran has accomplished a tremendous deal in the face of massive international pressures. Now conceive what a more democratic, open-minded, tolerant, and pluralistic Iran could accomplish. We would see the country easily counted alongside global heavyweights like South Korea, Germany, or France. And why not?

We have become so used to Islam as oppositionality that we are morally unprepared for power, and conceptually unable to grasp the historical normality of Muslim regimes as part of global architectures (The Ottomans, say, and the concert of Europe).

Some years ago, I remember a horribly stilted discussion with an Iranian-American who bemoaned the catastrophic effects, as he saw it, of the Arab invasion of the seventh-century and the concomitant conversion of Iranians to Islam.

There should be a statute of limitations on whining. Beyond the strangeness of ascribing blame for present circumstances to events that predate us by over thirteen centuries, it was just wrong. Egregiously. Through Islam, a Persian culture emerged that was the primary means by which non-Semitic persons—that is, people who didn’t speak a Semitic language (don’t you dare conflate race with tongue)—learned their Islam, and broadcast their Islam. From Bangkok to China, Islamicate Persian became the language of culture and diplomacy for long stretches of time.

Central Asia, India, and even Eastern Europe, thanks to the Ottomans, consumed and produced Persian. Some of Islam’s greatest minds—Bukhari, Rumi, Hafiz, Ghazali, Tirmidhi, Ibn Sina—emerge from a Persianate world.
Iran is many things.

It could be so much more.

This article was written by Haroon Moghul for Al Arabiya on February 15,2014.Haroon Moghul is the Fellow in Muslim Politics and Societies at the Center on National Security at Fordham Law School. He’s a graduate student at Columbia University, a widely-recognized speaker on Islamic thought and Muslim history, and the author of The Order of Light (Penguin 2006).