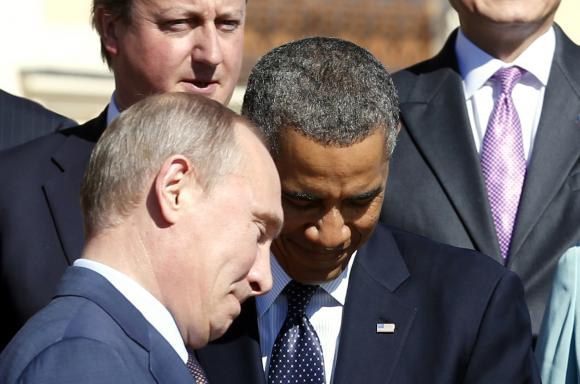 Distorted US media coverage of Putin and Russia: from Syria, Iran and Afghanistan to terrorism and Sochi Olympics

American media villainize Putin and almost everything about Russia covered by US media is distorted, Stephen Cohen, a world-known American scholar of Russian studies and author of the article Distorting Russia published in The Nation claims. Also, “When Putin makes an offer that is in the best national security interest of the US, the first impulse it to reject it”, he says.

In your opinion, how did Western media change their rhetoric towards Russia and President Vladimir Putin?

Let me explain why I wrote the article which is a very sharp criticism of the way the American media has covered not only Putin but almost everything about Russia since Putin became president back in 2000. I didn’t write the article to help Russia. I wrote the article to help American national security because I believe that this distorted media coverage of Putin and of Russia is losing opportunities for American-Russian cooperation in areas that are vital to the American national security. That is everywhere from Syria, and Iran, and Afghanistan, to the struggle against the terrorism that struck Russia and America, and that it gets worse and worse and we see it even in the coverage of Sochi.

The answer to your question of how it is changed: this began about two years after Putin became president, roughly in 2002-2003, and since then there has been an evolving, what I call demonization of Putin. I asked in my article can any reader or listener who is old enough to remember the Soviet era, remember any Soviet leader after Stalin, let’s say, who was so demonized, personally, as Putin has been. And the answer is no. How do you explain it is a different question. But there is absolutely no question that when Putin makes an offer that is in the best national security interest of the US, the first impulse it to reject it. And then if Obama accepts it, then the Congress and the media, and powerful lobbies here attack it. And this is all reflected in the media coverage.

You explained earlier about this demonization and that there is no leader, even going back to Soviet times who has been so villainized. How can we explain this?

This is a really difficult question. I think we would have to gather a group of people who understand how the media works and people who know a lot about Russia and debate it. I think there are several reasons though. You begin with the crazy American media coverage of Boris Yeltsin, when he was the president of Russia in the 90s. Every bad thing Yeltsin did whether it was using tanks against the parliament, or plunging tens of millions of people, and the poverty, was acclaimed in America as a transition to democracy and prosperity. That was false coverage.

When Putin came to power, the American press said, because Yeltsin essentially had appointed him, Putin is a democrat and he will do the same things Yeltsin did. But when Putin began to push back, began to change policy inside Russia, to try to keep Russia from disintegrating, and began to push back abroad. That is essentially what Putin said, that is exactly what he said in his famous speech in Munich in 2007 that so outraged the West. He said the era of one way Russian concessions is over. We want to negotiate with, but negotiations mean you give a little, and we give a little, and we compromise. That is now Russia’s policy.