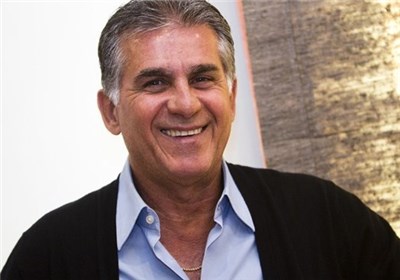 There were reports linking the Portuguese with a move to South Africa after the 2014 FIFA World Cup.

“We have reached an initial agreement with Carlos Queiroz to continue coaching Iran beyond the 2015 AFC Asian Cup,” Mehdi Mohammad Nabi, the general secretary of Iran Football Federation (IFF), said on Friday.

“Ali Kaffashian (head of IFF) has also reached an agreement with Queiroz until 2018. We cannot disclose the financial details of the deal but Queiroz could reveal that,” Nabi added.

As regards the future of Nelo Vingada as coach of the Iran’s Olympic team, he said, “We met Vingada and two parties talked about their conditions. He has left Tehran at the moment and the technical committee of football federation will make the best decision after consideration of all  aspects of the issue.”