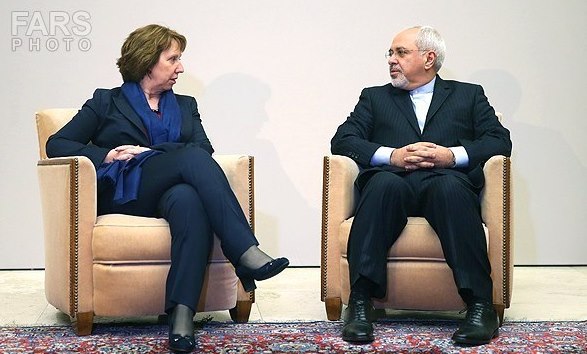 Speaking at a UN Security Council meeting in New York on Friday, Ashton touched upon the latest developments concerning the ongoing cooperation between Iran and the IAEA as well as the continuation of Tehran’s nuclear talks with the Sextet of powers.

On February 9, Iran and the IAEA released a joint statement following two days of intense negotiations in Tehran.

During the meetings, the two sides reviewed progress on the implementation of six initial practical measures of a roadmap that were agreed three months ago, including  permission to IAEA inspectors to visit the Arak heavy water plant and the Gachin uranium mine in the south of Iran.

Iran and the IAEA also reached an agreement on seven practical measures to be implemented by Tehran as voluntary measures by 15 May 2014.

Based on the new agreement, Tehran has agreed to provide mutually agreed relevant information and managed access to the Saghand uranium mine in Yazd and the Ardakan concentration plant and arrange for a technical visit to Lashkar Abad Laser Centre.  .

Iran will further submit an updated Design Information Questionnaire (DIQ) for the IR-40 Arak heavy water reactor and take steps to agree with the IAEA on the conclusion of a Safeguards Approach for the IR-40 Reactor.

Ashton also pointed to the upcoming nuclear talks in Vienna and expressed optimism that the negotiations will make further progress.

Ashton reaffirmed the Sextet’s determination to continue serious negotiations with Iran and noted that the negotiators will try their utmost to achieve a final agreement despite the fact that the next round of talks will be highly complicated and challenging.

Iran and the five permanent members of the United Nations Security Council – Russia, China, France, Britain and the US – plus Germany are scheduled to hold the next round of talks in Vienna on February 18.

The meeting will come in light of the implementation of an interim nuclear deal between Iran and the six world powers clinched in the Swiss city of Geneva on November 24, 2013.