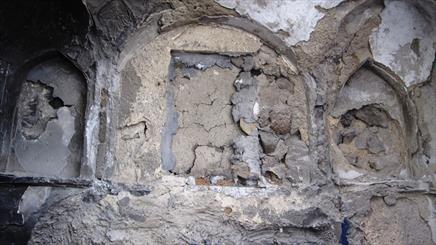 SHIRAZ, Feb. 15 (MNA) – A 400-year-old inscription has been stolen in a historical bath in Jahrom in southern province of Fars.

Masoud Maniati who is the manager of Association of Friends of Cultural Heritage, an NGO, told Mehr News that the inscription in a historical bath had been stolen by unknown individuals. “Different festivities and ceremonies had been holding in these historical baths, so they have considerable historical as well as physical importance,” he added, calling for public campaign for protect and revive these historical monuments.

Jahrom is 185Km from Shiraz and have many historical baths. A prominent historical monument is Sangshekanan Cave, which is one of the greatest artificial caves in the world.