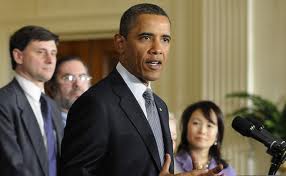 WASHINGTON—President Barack Obama has lined up a chain of summits with leaders from the U.S.’s closest Middle East allies over the next six weeks in what has emerged as a furious diplomatic effort to narrow major divisions over the region’s hot spots.

Mr. Obama’s top diplomatic priorities—a deal on Iran’s nuclear program and a Mideast peace treaty—depend in part on his ability to harmonize his policies with Israeli Prime Minister Benjamin Netanyahu and the kings of such Arab states as Jordan and Saudi Arabia. But the Obama administration has repeatedly clashed with Israel and Saudi Arabia on these issues, as well as on Syria.

Mr. Obama begins the presidential outreach Friday at a summit in California with King Abdullah II of Jordan, followed by a meeting with Mr. Netanyahu in Washington and a trip to Riyadh, Saudi Arabia.

The March trip to Saudi Arabia, Mr. Obama’s second, is shaping up as a crucial mission that Arab officials say will draw in leaders from other Persian Gulf countries for a regional summit in the Saudi capital. U.S. officials said arrangements for such a summit weren’t completed.

The six nations that make up the Gulf Cooperation Council—Bahrain, Qatar, Saudi Arabia, the United Arab Emirates, Kuwait and Oman—have served as a bulwark against Iran’s regional activities since the 1979 Islamic revolution and will be affected by any rapprochement between Washington and Tehran.

“The Saudi trip is an important time for us to take stock of all the different trends across the region,” said Ben Rhodes, a deputy national security advisor. “Our bottom line is that while there have been some differences expressed on various tactics taken, that we still share a lot of common interests.”

The top-level meetings come at a crucial time for U.S. policy on several fronts.

U.S. and Arab officials say Mr. Obama has yet to forge a consensus with Mideast allies on their approach to ending Syria’s civil war and engaging Egypt’s new military-backed government. Many Arab officials believe Egypt’s army chief, Field Marshal Abdel Fattah Al Sisi, is poised to become his country’s next president during elections slated for this spring.

“The administration has not invested a lot of time in cultivating its Arab allies and now is the time when the White House really needs them,” said Michele Dunne, a Mideast analyst at Washington’s Carnegie Endowment for International Peace.

The turmoil in the Mideast over the past three years and Washington’s diplomatic outreach to Iran’s clerical regime have placed strains on the U.S.’s alliances in the region in ways not seen since the invasion of Iraq in 2003, said Arab diplomats and regional analysts.

Israel, Saudi Arabia and many Gulf Arab states have pushed back against an interim agreement reached between global powers and Iran in November that has slowed parts of Tehran’s nuclear program in exchange for an easing of sanctions.

Talks aimed at permanently ending any Iranian nuclear weapons ambitions between Iran and the five permanent members of the United Nations Security Council, plus Germany, begin next week in Vienna.

Israeli and Arab officials have publicly and privately warned Washington that constraints placed on Tehran so far wouldn’t prevent Iran’s ability to make nuclear weapons, which Iran denies it seeks.

Arab governments have also warned the White House that any agreement with Tehran that allows Iran to maintain the ability to produce nuclear fuel risks sparking a broader proliferation threat across the Mideast.

Saudi Arabia, Turkey, Egypt and other Arab countries are seeking to develop nuclear-power programs and haven’t ruled out trying to build the capability to make nuclear fuel through the enrichment of uranium. Such a technology has civilian applications but also can be used for nuclear weapons.

“It’s very difficult for us to accept Iran having an enrichment program when we don’t,” said a senior Arab official. “You’re holding your ally to a certain standard, and Iran to a lower one.”

Mr. Rhodes said the White House understands the Gulf states’ skepticism toward Iran and that the U.S. “will keep them updated as the negotiations proceed.”

Nearly a million Syrian refugees have swamped Jordan since the political uprising against President Bashar al-Assad broke out three years ago. The two leaders will discuss ways for the U.S. to help Jordan deal with economic impact of the crisis as well as ways for the Arab monarch to support the peace talks currently taking place between Israel and the Palestinians.

Saudi King Abdullah was deeply disturbed by Mr. Obama’s failure to follow through on an August threat to use force to degrade Mr. Assad’s military, according to Saudi officials. The Saudi government believes the American U-turn has significantly strengthened Mr. Assad’s position and encouraged his forces to continue using air power and munitions that are indiscriminately killing civilians.

“The king wants to know why Obama did this the way he did it,” said a Saudi official briefed on the trip. “He doesn’t mince words.”