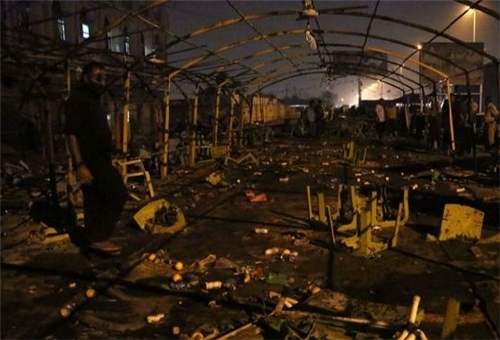 Bodies of two Iranian technicians delivered to Iran from Iraq

Qasr-e-Shirin, Kermanshah prov., Feb 13, IRNA – Bodies of two Iranian technicians who were martyred in a terrorist attack in Iraq’s eastern province of Diyala in December 2013 were handed over to Iran via Khosravi borderpoint on Thursday, a local official said.

Deputy Governor of this western province Nematollah Nazparvardeh told IRNA that the two bodies were kept in one of Iraqˈs forensic centers since December 2013 as they could not be identified due to severe burnings.

Nazparvardeh added the bodies are finally back home after two months and will be transferred to Tehranˈs Legal Medicine Organization for medical tests to be identified.

On December 13, gunmen shot down 18 Iranian and Iraqi workers working on an Iran-Iraq natural gas pipeline project near the village of Balad Ruz in Diyala province. Several people were also injured in the terrorist attack.

The attack took place when the Iranian and Iraqi technicians and workers were on their way back to their base at the Naft Khana oil field near Khanaqin.