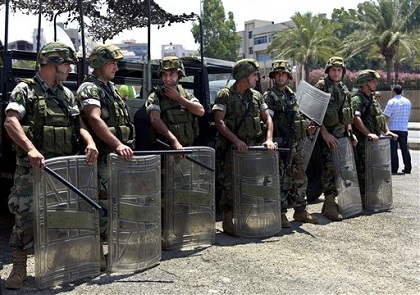 The Iranian and Russian embassies in Beirut went on high alert after obtaining information that extremist groups are plotting to target them, al-Joumhouria newspaper reported on Wednesday.

According to the daily, the two embassies started taking extra ordinary security measures and called for a back up from the Lebanese army.

The newspaper reported that extremist groups are planning to target the premises of the two embassies over their staunch support to the Syrian regime.

Russia, like Iran a supporter of Syria’s embattled President Bashar Assad and consider him a main Arab ally.

Assad, a member of the heterodox Alawite sect, is fighting Sunni rebels who enjoy support from Gulf Arab kingdoms.