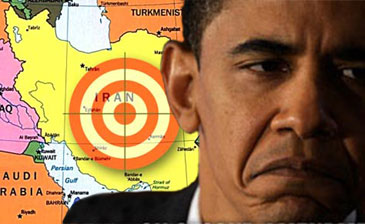 On January 20, implementation began. Obama twice committed breaches. More on his latest one below.

America’s agreements aren’t worth the paper they’re written on. US history proves it. It’s strewn with broken promises. Betrayal is longstanding US policy.

Its word isn’t its bond. Duplicity defines America. One treaty obligation after another is breached. Hegemons operate this way. Washington is by far the worst.

On the one hand, Obama wants Congress refraining from imposing new sanctions. On the other, he imposed his own.

It did so unilaterally. He acted lawlessly. It doesn’t matter. Hegemons make their own rules. They’re unapologetic.

“Today, the US Departments of the Treasury and State announced the designation of a number of companies and individuals for evading international sanctions against Iran and for providing support for Iran’s nuclear program.”

“The Joint Plan of Action reached in Geneva does not, and will not, interfere with our continued efforts to expose and disrupt those supporting Iran’s nuclear program or seeking to evade our sanctions.”

It’s titled “Authorizing the Implementation of Certain Sanctions Set Forth in the Iran Freedom and Counter-Proliferation Act of 2012 and Additional Sanctions With Respect To Iran.”

It ordered the Treasury and State Departments to impose them. Doing so violated the letter and spirit of Geneva.

Numerous previous articles explained what bears repeating. Throughout his tenure, Obama said one thing. He did another.

He broke every major promise made. Double-dealing deception defines his agenda. All governments lie. Obama does and then some.

He made lying an art form. He exposed his doublespeak duplicity in the process. Business as usual persists. Don’t expect this time to be different.

He targeted about three dozen companies in eight countries. The US Department of the Treasuryheadlined “Treasury Targets Networks Linked to Iran.” In part it said:

“Today the US Department of the Treasury announced actions targeting a diverse set of entities and individuals located around the world for evading US sanctions against Iran, aiding Iranian nuclear and missile proliferation, and supporting terrorism.”

“These actions reflect the United States’ sustained commitment to continue enforcing our existing sanctions as the P5+1 and Iran work toward a comprehensive solution to address the international community’s concerns over Iran’s nuclear program.”

All imposed US sanctions are illegitimate. They largely harm ordinary Iranians. International law prohibits doing so.

It bears repeating. Washington makes its own rules. It spurns international, constitutional and US statute laws. It does so with impunity. Rogue states operate this way. America is by far the worst.

He said French companies sending trade delegations to Iran will be punished if they violate US-imposed sanctions.

A senior Treasury Department official said new sanctions imposed “should leave no doubt that those who seek (ways around them) support Iran’s nuclear program, or assist in Iran’s promotion of international terrorism will continue to be called to account.”

On February 3, Iran welcomed over 100 French executives. They represented some of France’s largest companies.

They included Airbus, Total, Alcatel, L’Oreal, and Renault, among others. They want sanctions lifted to do business. So do many other companies worldwide. Oil giants especially.

Washington wants no change in hardline policy. It wants Iranian isolation maintained. According to Kerry:

“While the French may send some business people over there, they’re not (allowed) to contravene the sanctions. They will be sanctioned if they do and they know it. And we’ve put them on notice.”

“Tehran is not open for business because our sanctions relief is quite temporary, quite limited and quite targeted.”

“Such talk isn’t helpful and could adversely impact (nuclear talks). US officials should stop such comments so that we can reach a solution.”

At issue is whether Washington really wants one. Don’t expect 35 years of anti-Iranian hostility to end easily, quickly, or perhaps under any conditions short of regime change.

“The move by the US government is another instance of the country’s ill intention in the run-up to the future nuclear negotiations and it is indicative of the fact that the United States seeks to impose a new negative atmosphere on the talks just ahead of the new round of negotiations.”

“Not only will the measure end in failure, it will be also followed by the Islamic Republic of Iran’s reciprocal action.”

“Such attempts…leave negative impacts on international law and sovereignty.”

“As it has been mentioned in the ‘UN General Assembly’s Declaration on the Rule of Law at National and International Level,’ the right of development is an inalienable right of all nations that should not be restricted by others on any pretext.”

The General Assembly’s 1974 Charter of Economic Rights and Duties of States says no nation may use or encourage use of economic, political or other measures to coerce another country to to subordinate its sovereign rights in any way.

Under Part IV, Section 1, Chapter III, Article 54 of the Protocol 1 Additional to the Geneva Conventions (1977):

(1) Starving civilians during war is prohibited.

They include foodstuffs, crops, livestock, drinking water installations and supplies, irrigation works, and other essential products, services, and facilities relating to them.

It adversely affects the ability of nations to function politically, economically and socially. It harms civilians most.

The International Conference on Nutrition, World Declaration on Nutrition, Food and Agriculture Organization, and World Health Organization (1992) recognized the right to access nutritionally adequate and safe food as a fundamental right.

US imposed sanctions reflect crimes against humanity. Civilian populations must be protected at all times. Lawless sanctions violate their fundamental human rights.

Francis Boyle says US sanctions “punish and coerce the Iranian people.” Their purpose is “try(ing) to turn them against their government.” They fail to do so virtually always.

The post-WW I Report of the Commission on Responsibility considered them war crimes.

The UN Human Rights Committee Comment No. 29 says parties may “in no circumstances” invoke emergency conditions “as justification for acting in violation of humanitarian law or peremptory norms of international law, for instance,…by imposing collective punishments.”

Washington imposes them unaccountably. It’s longstanding US practice. Rogue states operate this way. America is by far the worst.

By The Peoples Voice