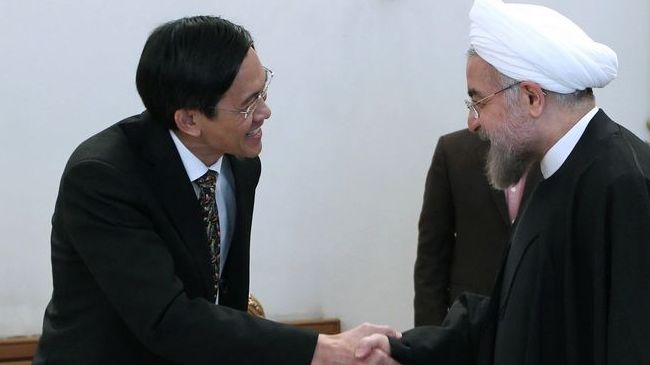 Thailand ambassador to Iran has expressed hope for an increase in trade between Bangkok and Tehran.

Speaking to IRNA on Sunday, Adisorndej Sukhasvasti said that there are a lot of opportunities for expanding economic cooperation between Thailand and the Islamic Republic, adding that he and the Iranian ambassador to the Southeast Asian country, Hossein Kamalian, “are now planning different projects.”

The Thai ambassador further said that Iranian President Hassan Rouhani has tried to establish friendly ties with all countries since the beginning of his term in office, adding, “Undoubtedly relations between Iran and other countries, including Thailand, will improve.”

He further noted that Thailand, as it has plenty of experience in tourism sector, can cooperate with Iran in the cultural and hotel management fields as well as holding exhibitions.

Sukhasvasti also touched upon the possibility of opening new air links between the two countries, saying he will try to increase the number of flights between Iran and Thailand.

Hassan Rouhani, Iran-Thailand relations, Quoted February 10, 2014
US seeks to regain lost credit in ME: Top MP
Fossil collection to return back to Iran