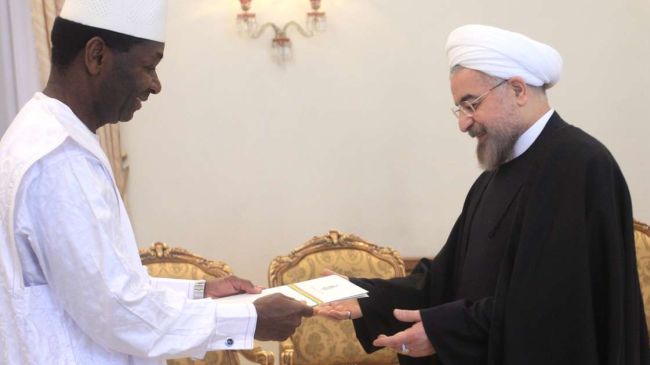 President Hassan Rouhani said here on Monday that promotion of ties with African countries is among top priorities of the Iranian administration.

Iranian Army on Monday congratulated the nation on the 35th anniversary of the victory of the Islamic Revolution, and called on the whole walks of life in Iran to attend the mass rallies that are to take place on February 11 to mark the event.

A 5.8-Richter quake shook northwestern province of Ardebil at 15:36 (12:06 GMT) local time on Monday, causing panic among the people.

Bahrain’s Gulf Air to resume flights to Tehran next month

Bahrain’s Gulf Air will resume flights to the Iranian capital Tehran next month, almost three years after they were suspended, the national carrier said in a statement on Monday.

An Iranian deputy foreign minister warned that the Geneva 2 conference on Syria could create a new crisis.

Iran, Mexico to bolster ties based on national interests, President

President Hassan Rouhani said here on Monday that Iran enjoys cordial ties with Latin American states including Mexico, stressing there is a strong will to expand Tehran-Mexico City relations in line with national interests.

Thailand ambassador to Iran has expressed hope for an increase in trade between Bangkok and Tehran.

Nuclear chief: Iran not to miss its right to produce 20 percent nuclear fuel

Deputy Foreign Minister and senior negotiator in talks with the world powers Seyyed Abbas Araqchi strongly criticized the recent remarks by the US officials against Iran.