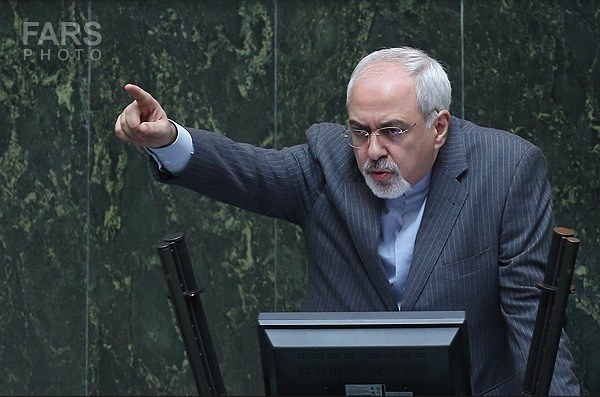 TEHRAN, Feb. 9 (MNA) – 22 parliamentarians have questioned FM on bans on development of Iran’s missile capability and foreign delegations’ visit to the country.

“Why would not you support the advances in Islamic Republic’s defense capabilities and why would you prevent foreign delegations’ visit intended to improve Iran’s missile defensive capabilities?” reads part of the question

Following is extracted from the whole text of the question from the FM:

Leader of the Islamic Revolution Ayatollah Seyyed Ali Khamenei said in a meeting with the Army Air Force personnel that “American officials are lying when they say they would not pursue the policy of regime change in Iran. At the same time, they would ask us to reduce our defensive capability.  Is not this silly? They threaten the Iranians on one hand and on the other, they want us to reduce our defensive power, such claims are ridiculous.”

Iran’s defense capability has disturbed the US and Iranian officials should not fear such threats. The US government is too weak to threaten us.

Now the question is why would the foreign ministry sabotage visits by expert teams to Iran intended to develop missile capability under the US provocations in the UN general assembly?”

This text has not been handed in to the Parliament speaker yet. However, Jawad Karimi Qoddussi, Mashhad representative in the parliament communicated it with Parliamentary correspondents of the press.