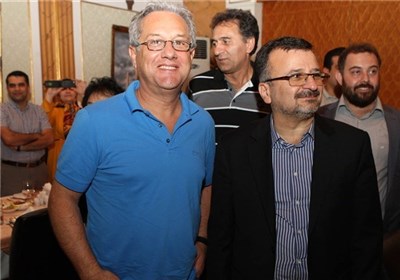 TEHRAN (Tasnim) – President of Iran’s Volleyball Federation Mohammad-Reza Davarzani said on Sunday that they have reached an initial agreement with Lorenzo Bernardi to take charge of the volleyball team until the 2016 Olympic Games.

Argentine Julio Velasco, has recently informed the Iranian volleyball federation that he plans to step down as coach of the Asian team.

“Lorenzo Bernardi has been one of our top candidates and we are optimistic to have reach a settlement and coooperation agreement with him. However, if we cannot finalize our deal with him, we will negotiate with the other nominees,” Davarzani said.

“We want a coach who feels motivated to work not a coach who works only for money. We need a coach loves challenge. It’s important for us…” he added.

“Furthermore, we care about the ability of our coach. For instance, Silvano Prandi will be 73-year-old in the 2016 Olympic Games and I think he cannot help us. Bernardi has ability and feels motivated. Bernardi has also enough credit to get the job. He has been elected Volleyball Player of the Century,” Davarzani added.

“We have reached an initial agreement with Bernardi but agreement on the details has not been finalized yet. If so, he will lead Iran until the 2016 Olympic games,” he concluded.