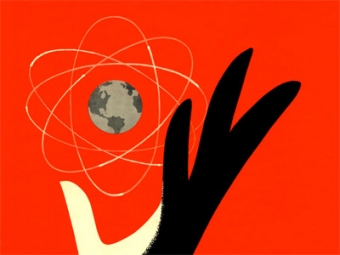 TEHRAN, Iran (AP) — Iran signaled an apparent readiness for more concessions over its nuclear program, this time over its heavy-water reactor at Arak, local media reported on Friday.

The semi-official Mehr news agency quoted the country’s nuclear chief Ali Akbar Salehi as saying that Tehran could modify the reactor’s design so it would produce less plutonium to reduce concerns by the West.

“We are able to apply changes in the design of the reactor to produce less plutonium, to reduce concerns in this regard,” Salehi said.

He did not elaborate but the remarks came ahead of negotiations with world powers later in February about a long-term deal on Iran’s disputed nuclear program.

Under a landmark November deal, Tehran stopped enrichment of uranium to 20 percent – which is a possible pathway to nuclear arms – in exchange for the easing of some Western sanctions. It also started neutralizing its stockpile of enriched uranium on Jan. 20, and agreed not to make further advances at the Arak reactor as well as Fordo and Natanz enrichment facilities.

Negotiations over a final comprehensive deal are to start on Feb. 18.

Iranian President Hassan Rouhani has been criticized by hard-liners who say he made too many concessions in return for too little.

Salehi said Iran never had any plans to develop Arak to such a level that it would make weapons-grade plutonium, adding that even if there were such plans, making them come true would take years.

The West fears that if Arak goes online, it could produce plutonium, which could eventually be used for nuclear weapons.

Iran over the past months allowed inspectors from the U.N. nuclear watchdog – the International Atomic Energy Agency – to visit its nuclear facilities, including Arak.

Salehi also said IAEA inspectors were expected to arrive in Tehran on Saturday for more discussions about Iran’s nuclear program.

Tehran denies it wants to make an atomic bomb, saying its nuclear program is only for peaceful purposes such as power generation and medical treatment.