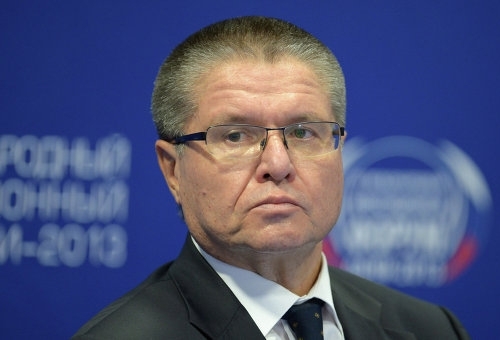 TEHRAN (FNA)- Russian Minister of Economic Development Aleksey Valentinovich Ulyukayev is slated to propose a framework for barter trade partnership with Iran during his upcoming visit to Tehran, a senior diplomat announced on Saturday.

Russian Ambassador to Tehran Levan Jagarian noted that Ulyukayev will visit Iran on March 21, and said, “The Russian minister of economic development will come to Tehran with proposals for bartering railway construction for Iran’s oil.”

Jagarian underlined that Russia is willing to expand its economic ties with Iran in various spheres.

“Iran and Russia are active in the political field and this can become an effective factor for the development of economic relations between the two countries.

Earlier today, Head of Iran-Russia Joint Chamber Assadollah Asgaroladi announced that a Russian trade delegation is slated to pay a visit to Iran soon in a bid to hold talks with Iranian officials and discuss expansion of bilateral ties.

“Iran has prepared itself for the visit of a Russian delegation” in coming days, Asgaroladi said, adding that the Iran-Russia Joint Chamber has identified five important spots for marketing in Russia” as part of mutual efforts to enhance trade interactions between the two states.

He underlined that the Iran-Russia Joint Chamber is ready for the expansion of cooperation between the two countries.

“We also expect Russia to cooperate with us in the field of banking,” added Asgaroladi.

Asgaroladi expressed the hope that the problems of railway transportation between the two countries would be alleviated soon.

Last month, Russian Energy Minister Alexander Novak said that Tehran and Moscow are resolved to do their best to increase their trade volume in all domains.

“We don’t have any restrictions here and, of course, we are looking at ways to widening trade volumes,” the Russian minister underlined.

The Russian minister said Tehran and Moscow can develop “trade and economic cooperation with peaceful intentions – like shipments of food, equipment (and) raw materials”.

Also in January, Iran’s Ambassador to Moscow Mehdi Sanayee and Novak, in a meeting in the Russian capital, stressed the need for the rapid implementation of the agreements already signed by Tehran and Moscow in the energy sector.

During the meeting, the two officials reviewed the latest status of mutual energy cooperation between their countries, and called for the implementation of the agreements already reached in the field.

Novak, for his part, expressed hope that the bilateral energy cooperation between the two friendly states would witness further enhancement.