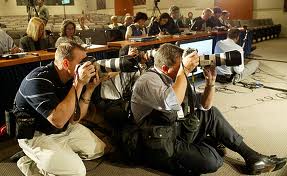 Tehran, Feb 8, IRNA – Some 173 resident and non-resident foreign reporters and journalists are to cover rallies to mark the 35th anniversary of the victory of the Islamic Revolution in Iran, it was reported here on Saturday.

Managing Director of the foreign press and news agencies affiliated to Ministry of Culture and the Islamic Guidance Mohammad Mansour Koshesh underlined that some 118 foreign reporters who are residing in Iran and 55 reporters from US, Russia, France, Norway, Italy, Belgium, Japan, Spain, Tunisia and Qatar will cover the event.

Koshesh stressed the event is to be widely covered by reporters, journalists, cameramen and photographers of the Christian Science Monitor, the ABC tv network (Australia), the Liberty magazine, the Wall Street Journal, the Figaru, the Tunisian News Agency, the Al-Sabah newspaper, the Alhasad Newspaper and Al-Jazeera tv channel.

The official also noted some 107 resident foreign reports from the TIMA network of Britain, the AFP news agency of France, the EFE news agency of Spain, the Bloomberg network from US, the ZDF radio and TV channel from Germany, the Anatolia news agency of Turkey and the NHIK network from Japan will also cover the national celebrations.