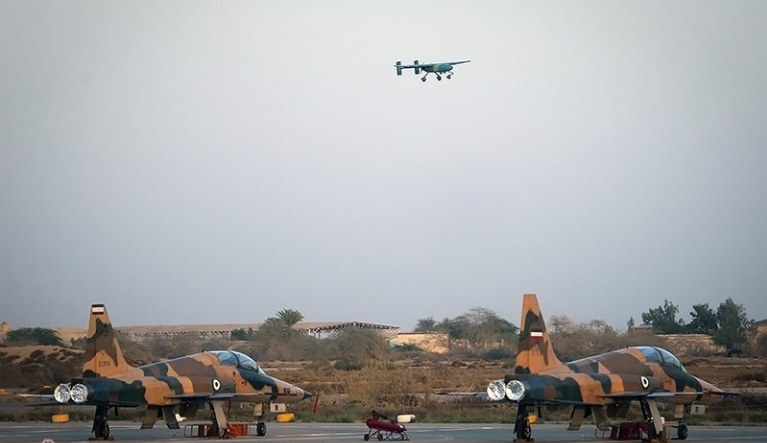 IRIAF prepared to respond to any aggression: Cmdr.

A high-ranking Iranian commander says the Islamic Republic of Iran Air Force (IRIAF) is prepared to counter any foreign military aggression against the country.

“As one of the most efficient air forces in the region and the world, the IRIAF is ready to respond to any enemy aggression and threat alongside other members of the Armed Forces, and considers itself committed to the protection of the Iranian skies,” Deputy Commander for Coordination of the IRIAF Brigadier General Aziz Nasirzadeh said on Thursday.

He added that new aircraft, expected to be unveiled and put into service in the coming months, is capable of carrying and firing various types of rockets, bombs and missiles, and is fitted with a state-of-the-art radar system.

On Tuesday, Iran’s defense minister warned against any military attack against the country, saying the Islamic Republic will give a crushing response to any such act of aggression.

“The Iranian nation has always proved through the history that it is fully ready to defend the principles of the sacred Islamic establishment and will severely punish aggressors,” Brigadier General Hossein Dehqan said.

Various US officials, including Secretary of State John Kerry and President Barack Obama, have recently threatened Iran with military action.

In recent years, Iran has conducted several military drills to enhance the defense capabilities of its armed forces and to test modern military tactics and equipment.

The Islamic Republic says its military might poses no threat to other countries, stating that its defense doctrine is based on deterrence.