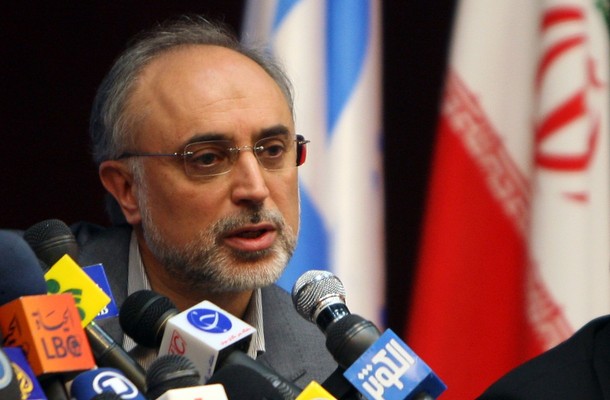 A senior Iranian official has reiterated Tehran’s desire to improve ties with its Persian Gulf neighbor Saudi Arabia, calling for serious efforts by both sides to that end.

The remarks by head of the Atomic Energy Organization of Iran (AEOI) and former Foreign Minister Ali Akbar Salehi came on Wednesday at a Tehran dinner banquet thrown by the Palestinian Ambassador to Iran Salah Zawawi in honor of the Saudi secretary general of the Organization of Islamic Cooperation (OIC), Iyad Ameen Madani.

Salehi, who headed Iran’s Foreign Ministry from 2010 to 2013, said improvement of relations with Saudi Arabia and Turkey had been among his priorities during his tenure.

“We hope Iran and Saudi Arabia will make serious efforts to revive ties and [restore] the lost trust… We in Iran insist on boosting relations with Saudi Arabia and you can play an important role in that regard,” Salehi told the visiting OIC chief.

“Good Iran-Saudi ties could be significant and effective for the entire world,” the Iranian official further emphasized.

Pointing to the unique status of Iran, Saudi Arabia and Turkey in the region, Salehi described cooperation among the three states as “very important and useful.”

Earlier this week, Iranian Foreign Minister Mohammad Javad Zarif also underscored the need for the enhancement of cooperation between Iran and Saudi Arabia with the aim of restoring security in the Middle East.

Elsewhere in his address, Salehi touched upon the current situation in the Muslim world and noted, “We are at an extremely sensitive juncture which is a decisive [factor] for the future of the region.”

He urged all Mideast states to join hands and contain threats jeopardizing the region’s future “before it’s too late.”

The OIC general secretary arrived in Tehran on Tuesday and has held talks with senior Iranian officials, including President Hassan Rouhani.