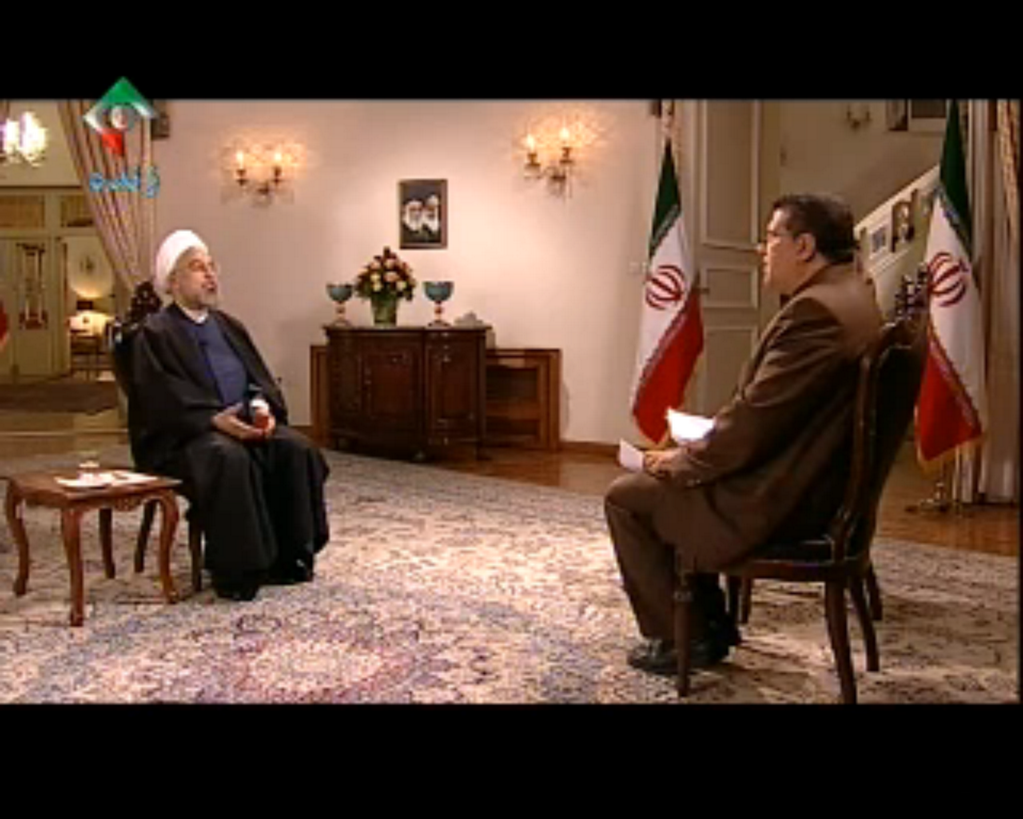 Iran’s President Hassan Rouhani in an unprecedented move accused the state television company of attempting to block his address to the nation, which delayed the broadcast by almost an hour.

Rouhani said on Twitter that the Islamic Republic of Iran Broadcasting head, Ezatollah Zarghami, was obstructing his “discussion with the people.” The dispute, which held up the start of the show, centered on the choice of journalists who would put questions to the president, the Iranian Students News Agency said.

Rouhani has clashed with conservatives in Iran who have opposed diplomatic initiatives such as the phone conversation with Barack Obama that ended a three-decade taboo, and the nuclear accord reached with world powers in Geneva last November. Zarghami reports to Supreme Leader Ayatollah Ali Khamenei, the top decision-maker in the Islamic Republic.

At the time the Rouhani program was due to air, the station instead showed video clips from the Islamic revolution of 1979 – – images of soldiers clashing with fist-pumping demonstrators, against a soundtrack of revolutionary slogans. Iranians celebrate the revolution’s anniversary on Feb. 11.

Rouhani had wanted a female presenter to be included alongside the reporter chosen by IRIB, and the president’s tweet about the delay put pressure on the broadcaster to relent, local media said. In the end both presenters sat side by side.

The president referred several times to the spat once the program eventually went on air. “We are a bit late, and the viewers might be tired,” he said in his introductory remarks.

After the program, Zarghami released the text of a letter he wrote to the broadcasting supervisory council complaining about Rouhani’s tactics.

In the address, Rouhani defended the Geneva accord, saying it was a “win-win” for both sides, and said Iran aims to develop relations with Russia. He said the country has been able to obtain $8 billion in foreign financing, though he added that it needs about $175 billion to develop its oil, gas and petrochemicals industries.

Rouhani also announced plans to extend medical insurance to all Iranians. Initially the program, dubbed RouhaniCare in a tweet by the president, will cover 5 million uninsured people. Rouhani said there are no immediate plans to reduce cash subsidies.

Iran’s economy has been reeling from the effects of sanctions, and Rouhani was elected on a pledge to improve it.