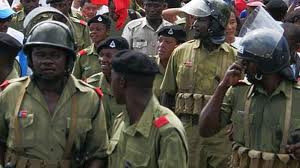 DAR ES SALAAM,TANZANIA, Feb 5 (BERNAMA-NNN-DAILYNEWS) — POLICE in Dar es Salaam are holding eight Iranians and four Pakistanis over possession of 201 kilogrammes of heroin, which they were smuggling into the country from Iran.

The Head of Anti-Narcotics Unit, Senior Assistant Commissioner of Police (SACP) Godfrey Nzowa told the ‘Daily News’ that the suspects were arrested at midnight on Monday, as they were attempting to ferry the drug in a dhow.

“They were arrested at sea at about midnight while sailing between Zanzibar and Dar es Salaam. The arrest was made by a special task force of the Marine Police in cooperation with the officers from the Anti- Narcotics Unit,” he said.

Nzowa could not immediately give the value of the seized drug haul, saying the figure will be known after evaluation and interrogation is completed.

Meanwhile, the anti-narcotic drugs unit chief told reporters that they have already interrogated a Kenyan national, Abdulrahman Rubeya Salim (31), who was arrested last week at the Julius Nyerere International Airport (JNIA), after he was found in possession of cocaine pellets, which he had swallowed.

“The suspect had discharged a total of 142 pellets of cocaine from the stomach and we have already handed him over to the directorate of public prosecutions for further legal steps,” Nzowa reported.

The suspect faces a life sentence or fine of three times the value of the seized drugs, according to the Prevention of Illicit Traffic in Drugs Act Number 16.

The anti-narcotic drug chief warned all those with such an idea to stop it as the government will continue to fight them at any cost in an effort to discourage the illegal trade.