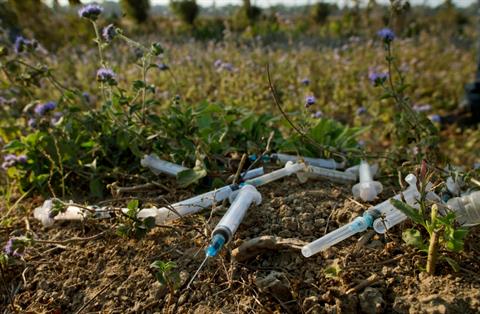 The haul, which in Europe would have a street value of up to 10 million euros, is the latest in a string of major seizures of the narcotic — which is mostly produced in Afghanistan — off of Tanzania amid fears that east Africa could be emerging as a key narcotics transit point.

“The suspects were arrested in the early hours of Tuesday on a dhow that was sailing from the island of Zanzibar to the commercial capital Dar es Salaam,” Tanzanian police spokesman Godfrey Nzowa told AFP.

“They are being held for questioning and necessary legal action will follow,” he added.

At least four large hauls of heroin — amounting to 1.5 tonnes in all — have been made in Tanzanian waters in the past year by a Canadian warship that patrols there, according to Canadian media.