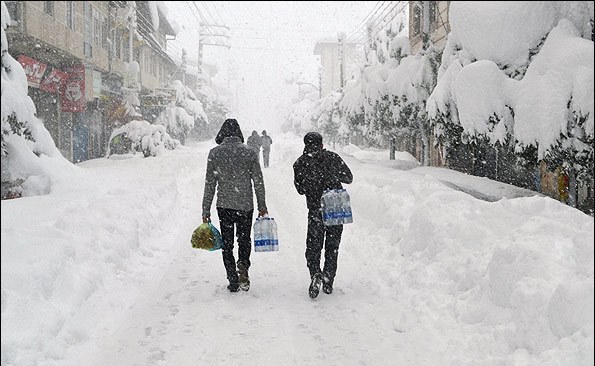 TEHRAN, Feb. 5 (MNA) –Through the recent week most cities of Iran from west to east have been blanketed under heavy, nonstop snow which has crippled the residents.

Northern provinces faced the worst problems due to utilities outage.

Energy and Transportation ministers have visited Northern provinces after the president mandate.

In other provinces snowing has been continuing heavily for several days and all schools and some universities were shut down even the national university graduate exams were postponed to the coming weeks.

With all these problems Iranians are enjoying the snow blessing, spending time out skiing and having fun with manual snow men festivals.