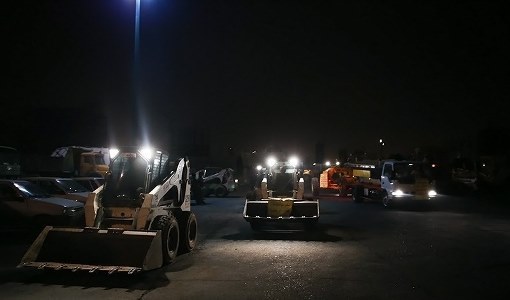 TEHRAN, Iran (AP) — Iran has sent Revolutionary Guard and army troops to two northern provinces struck by heavy snowfall that trapped thousands on the road and cut off water and power supply in the remote region.

The country’s state television says troops joined the Red Crescent and other rescue teams in Gilan and Mazandaran provinces where the snowfall left many households without power for nearly 72 hours and forced schools and universities to close their doors.

The TV says electricity was mostly restored by Tuesday morning. There were no reports of any casualties.

The TV also says that President Hassan Rouhani formed an emergency ministerial team to supervise relief assistance to the provinces.

Heavy snowfall in 2004 killed several people in Gilan and caused about $300 million in property damages.

Iran sending of army troops to northern provinces, Quoted, Snowfall in Iran, Snowfall in Northern Iran, snowstorm in mazandaran February 4, 2014
Talks have to end in removal of all sanctions, Iran FM
Nasser Hadian: Revolution at 35