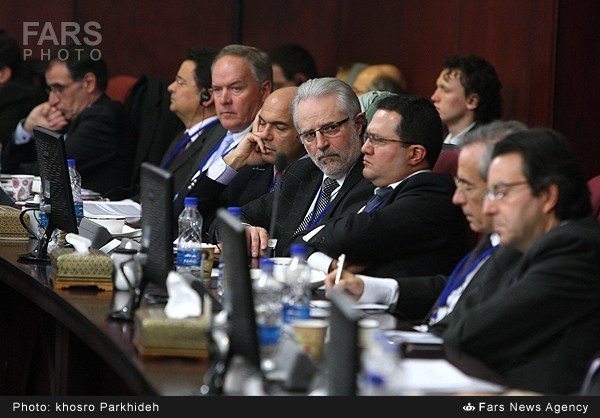 Iran, France trade should exceed 5b euro a year

Tehran, Feb 3, IRNA – Minister of Industry, Mine and Trade Mohammad Reza Nematzadeh said on Tuesday that the level of Iran and France trade should exceed five billion euro a year.

Nematzadeh made the remarks to a conference underway in Tehran on Iran-France economic cooperation and investment.

Thanks to Iran’s huge oil, gas and mineral resources, the emerging markets and geopolitics situation and output of Franceˈs high-tech companies, the two counties can become a major trade partner.

He expressed hope that a new chapter would open for expansion of Iran-France economic cooperation.

A 140-member delegation from France arrived in Tehran on Monday morning to hold talks with Iranian economic officials.

Many European companies have expressed readiness to resume their activities in Iran since November 24 when the Geneva deal was reached between Iran and the western governments.

According to the Geneva deal, some anti-Iran sanctions have been lifted.